Every 10 years, the U.S. Census collects data from every person living in the country.
However, the census does more than count residents –business owners, developers, emergency services and more all use the census data to predict future development needs. Additionally, the census benefits schools, hospitals, public works, roads and more by distributing federal funds and grants based on the data collected.
According to the U.S. Census Bureau, about $675 billion will be distributed based on census data.
In Manchester, the census is crucial for tracking growth and funding schools.
To make the 2020 count as accurate as possible, Manchester Codes Director Jamie Sain is working with St. John Engineering to update the city’s address list.
“First of all, we were sent all the addresses from the earlier census, 2010, and we had to update our address list from all the houses, apartments and everything that has been built, or were under construction at the time. We did that in the middle of last year,” Sain said.
In December, the city and St. John Engineering received information to update the address list further.
Sain explained that Manchester, Tullahoma and Coffee County have a Complete Count Committee, which consists of business owners, government officials and church officials, who are getting the word out about the census. Committee members will be available to help fill out the census as well.
“Each person counts and is a big part of the census, of course. If we can get the most updated address list, we can count as many people as possible,” Sain said.
In the schools, administrators are working closely with officials to plan for the U.S. Census, said Director of Manchester City Schools Dr. Joey Vaughn.
“School districts are directly impacted by census data so it is vital that everyone who resides in Manchester and Coffee County participate,” Vaughn said. “Funding is based on the total population, not just the number of children in the area. Our schools will be working with families to make sure accurate information is distributed and encouraging everyone to participate.”
Confidentiality
The U.S. Census is completely confidential and bound by Title 13.
Title 13 protects private information from being published and under the U.S. Code, census workers take a lifetime oath of confidentiality as well.
By law, census responses cannot be used by any of the following agencies: The Federal Bureau of Investigation (FBI), The Central Intelligence Agency (CIA), The Department of Homeland Security (DHS) and the U.S. Immigration and Customs Enforcement (ICE), according to the U.S. Census Bureau.
Those who violate Title 13 can face a federal prison sentence of up to five years, a fine of $250,000, or both.
Manchester residents involved in the census all signed a Title 13 document.
“All we have is the address list. There’s really not much more to than that. We actually have to sign a Title 13 document, everybody with the city or with Scot St. John’s office,” Sain said. He added all of the documents will be destroyed once the census is over.
Title 44 allows the National Archives and Records Administration to release census information after 72 years have passed.
How to participate
Census Day is April 1, 2020. Most residences will receive a census invitation in the mail from March 12-20, 2020. A reminder letter will be sent on March 16-24 and a postcard will be sent to those who have not yet completed the census on March 26-April 3.
The response can be taken over the phone, mail, or online. Online responses are protected by encryptions to ensure the safety of private information. Once the household data is received, it will no longer be online, according to the U.S. Census Bureau.
For more information on how your responses will be kept confidential, visit www.census.gov/privacy.
Households that do not respond by one of the three aforementioned ways will be visited by census workers beginning in late April.
There will be a reminder on upcoming Manchester water bills about the 2020 Census as well.

Radio Personalities to speak at Tullahoma's "Lunch and Learn" 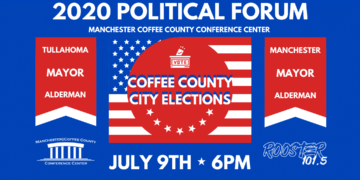 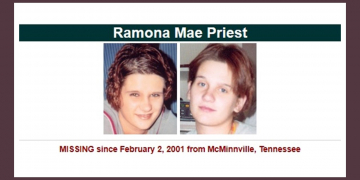 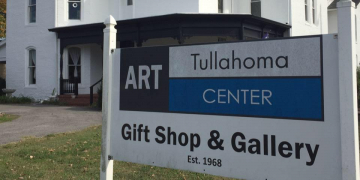