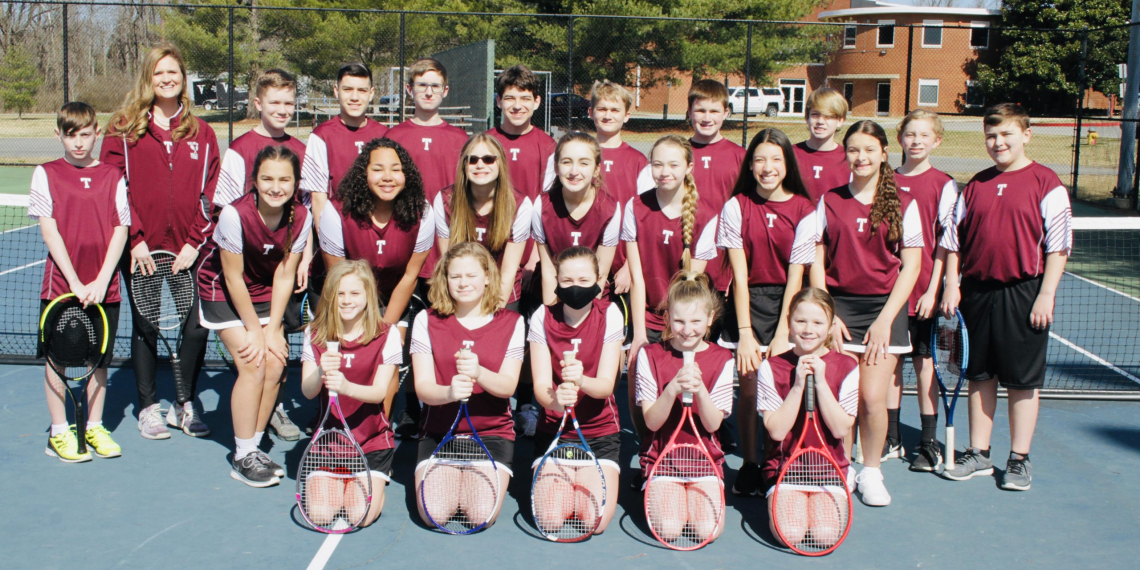 TMS boys defeated Shelbyville boys Friday, May 7th at Tullahoma High School to take the Middle TN Tennis Club District Championship trophy. Ashley Abraham, Tullahoma Middle School tennis coach stated, “Shelbyville is a tough team, but our boys showed up and played hard.” A couple highlight matches against Shelbyville was Edward Henry which won in a grueling back-n-forth tiebreaker 6-6 (14-12). Chase Banks/Eli Martinez were down 1-4, but came back to win their doubles 7-5.

Coach Abraham states, “I am so proud of our team! Tennis is a growing sport and making a come-back. These kids worked hard all season and have improved. It is important for kids to be involved in extracurricular activities and sports. You learn discipline, responsibility, teamwork, accountability, commitment, persistence, and attitude (sportsmanship and respect). By the end of the season, our players were a team. There was 1 match that Chase/Eli were playing doubles and I went up to the fence to coach. Luke and Ryan immediately got up out of their chairs and came to the fence too. That’s being supportive and a team. I’m proud. And they should be proud too. Go Cats!” Abraham wants to thank the parents for being supportive and helping throughout the season. “What has been really rewarding, is seeing these Middle Schoolers go on to play in High School. THS tennis players like Jackson Clemens, Nicolais and Logan Zimecki, Elizabeth Arnett, Audrey Lawson, and Justin Prebola played on the Middle School team and now are great players for THS,” Coach Abraham stated.