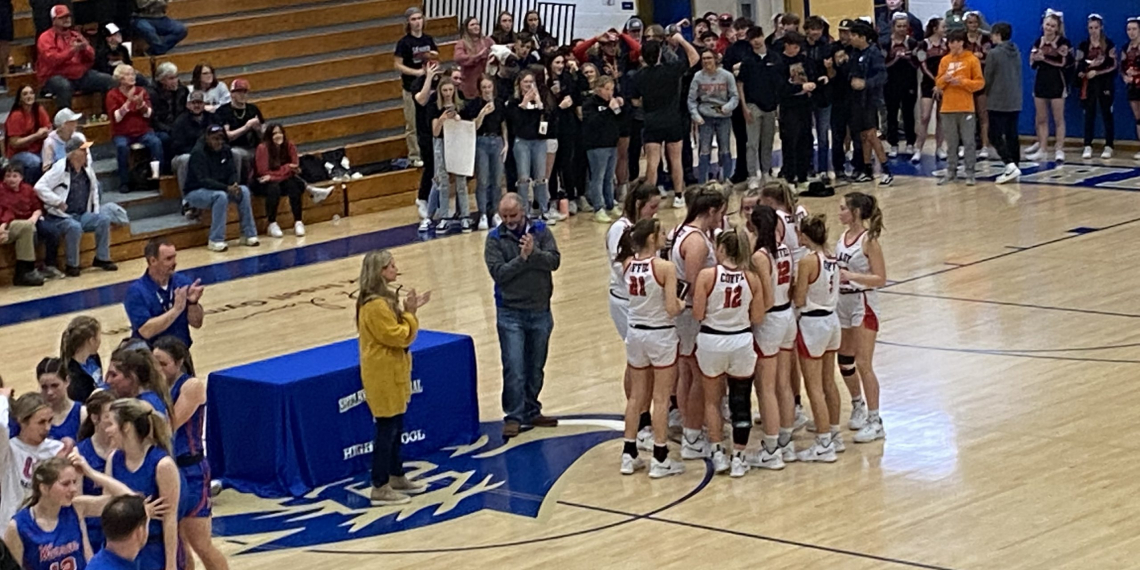 The Coffee County Lady Raiders have done it again. First it was a regular season district championship and now another district tournament championship. This is the 5th year in a row.

On Friday night the Lady Raiders were crowned the District 6-4A champions after defeating Warren County for the fourth time this season, 56-45.

After the game the All-District team was announced and included Coffee County’s Chloe Gannon being named District 6-4A MVP. Vinson, Chumley, Channah Gannon and Jalie Ruehling were named All-District.

For All-tournament Chloe Gannon and Vinson were named to the team with Vinson earning the MVP honor.

Photo: The Lady Raiders huddle to celebrate together after championship win