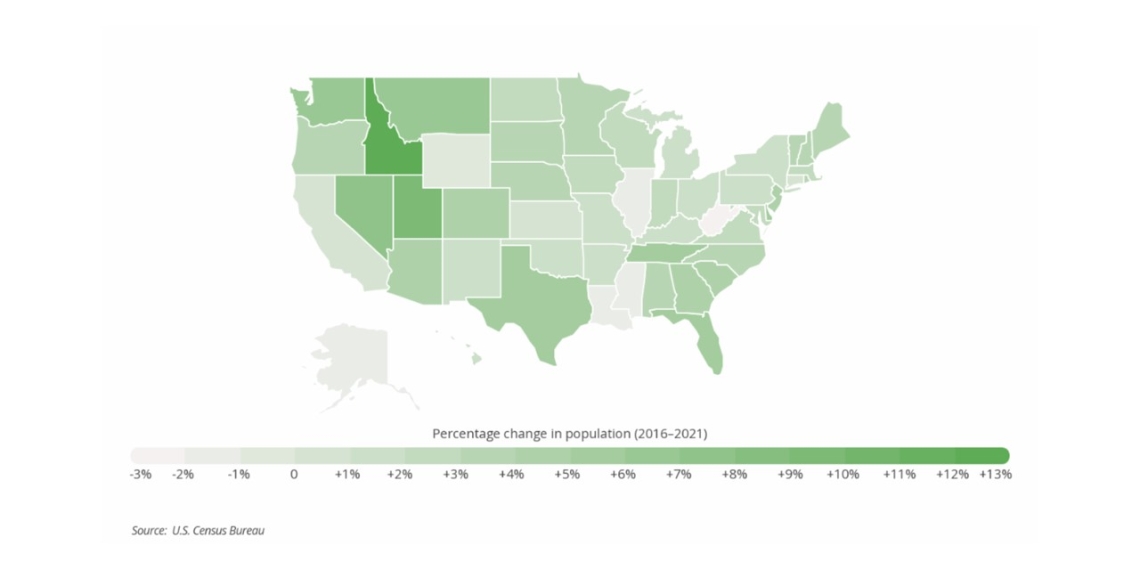 6.4% Increase in Tullahoma-Manchester Population Since 2016

The world population recently passed 8 billion, just 11 years after reaching 7 billion. But across the globe, more countries are experiencing slowing or declining rates of population growth. The U.S. is no exception.

At the end of 2021, the Census Bureau announced that the U.S. population had grown by just 392,665 the previous year, an increase of just 0.1%. The Census Bureau pointed to the COVID-19 pandemic as one factor in this slow growth: excess mortality from the pandemic increased the number of deaths, while restrictions around travel and migration related to the pandemic limited growth from immigration.

For reference, here are the statistics for the entire United States:

For more information, a detailed methodology, and complete results, you can find the original report on Inspection Support Network’s website: https://www.inspectionsupport.com/resources/the-fastest-growing-metropolitan-areas-in-the-u-s/