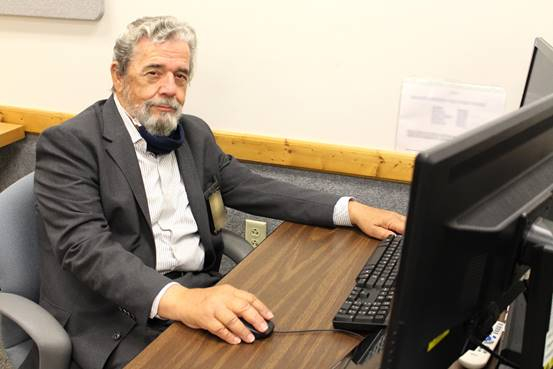 Though he has dabbled in retirement once before, leaving Arnold Air Force Base for a short period in 2004, Glen Lazalier of Manchester, TN is now officially retired from Arnold Engineering Development Complex.

Lazalier, an AEDC Fellow, departed his latest role as a technical subject matter expert at Arnold AFB on July 31, after a career spanning just over 55 years.

Lazalier began as an analysis engineer in Aeropropulsion in June 1965, working to pilot a liquid air injection methodology to extend the cold temperature range of turbine engine test cells. The methodology developed was used routinely in the Engine Test Facility test cells until the tie line to the Aeropropulsion Systems Test Facility air supply plant with local expansion turbines eliminated the need.

This is only one of several areas where Lazalier worked during his time at Arnold.

“In the early 1970s, I went to the technology group and worked in technology development, and then in 1991 to 2004, I worked as chief engineer for the operating contractor,” he said. “I have worked at every facility at Arnold except for the space chambers.”

Lazalier received both his bachelor’s and master’s degrees in mechanical engineering from Oklahoma State University and received a second master’s degree from the University of Tennessee in 1973. He has also received many accolades supporting the AEDC mission for his technical leadership and scientific and engineering contributions to advancing the state-of-the-art of test and evaluation of propulsion systems.

In 1995, Lazalier was named AEDC Fellow in part for his work pioneering the development and application of a number of air-breathing and rocket propulsion system altitude test and evaluation methodologies. He was also recognized for leading a two-pronged effort to establish an interim fix to an unacceptable noise problem restricting the test capability for the YF119, developing and demonstrating the country’s first exhaust gas handling system for vectoring turbine engine operation in altitude cells, as well as developing changes to plant operation and maintenance procedures in the AEDC Aeropropulsion Systems Test Facility (ASTF).

Lazalier has been part of and witness to many successful projects over the years.

“Early in my career (1966), AEDC tested the boilerplate for the second stage of the Apollo vehicle that placed the first man on the moon,” Lazalier said. “The J-4 rocket test cell was the premier rocket test cell in the world and made absolutely essential contributions to the knowledge base needed to get to the moon.”

In the late 1960s and the early 1970s, Lazalier was around when what was then known as the Rocket Test Facility morphed into the Engine Test Facility.

“I was extremely fortunate to play a role in the development of standardized test, analysis and evaluation methodologies for turbine engine compression stability,” he said in an article he wrote in 2011 for AEDC’s 60th anniversary. “These methodologies are still in use in the development of every new turbine engine that the U.S. Air Force and the U.S. Navy will be using for decades to come.”

In 1980, in work done for the Sverdrup Corporation, Lazalier patented two combustors used in the metal smelting industry. One was designed to burn petroleum coke at temperatures up to 3,000 degrees Fahrenheit at extremely rich fuel to oxidizer ratios and is used to recover metals from steel furnace dust. This combustor employs and controls a complex vortex recirculation path that is found in aerospace technology. The other is a natural gas combustor with a very short combustion length. Both of these were tested at the University of Tennessee Space Institute.

Lazalier also helped bring ASTF online in the fall of 1984. Not long after, he led the analysis team for the Product Verification Test of the General Electric F101 engine for the B-1 strategic bomber at the facility.

“I remember we were on a very tight schedule, and thanks to the devoted efforts of all our folks, we made it,” he said. “During the last week before we briefed the folks at Wright Patterson (Air Force Base), my own schedule involved six consecutive 16-plus hour days from Monday through Saturday plus 10 hours on Sunday.”

Lazalier has worked a lot of long shifts and late nights on countless projects with hundreds of people over the years. It only makes sense that he has not one, but many memorable moments that will stick with him.

“I really can’t select a single time, event or action inside or outside the fence that constitutes the ‘most memorable moment,’” he said. “Rather, it’s the aggregation of all those times, events and actions that together are the very important consequences of working at AEDC. All of them were and are important to this country.”

Lazalier added that this was the primary reason he returned to AEDC after his first retirement.

“A lot of people may not realize the importance of what we do out here every day,” he said. “But, what we do brings our kids, our warfighters, back home on their feet.”

What he will miss most about coming to work at Arnold is the “technical involvement and contributing to the defense effort.”

However, he isn’t completely leaving AEDC behind and mentioned he plans to still serve in an advisory capacity when needed.

Lazalier added he believes the Complex is in good hands and thinks very highly of the current AEDC Commander, Col. Jeffrey Geraghty.

“Col. Geraghty is one of the best commanders we’ve had in a long time,” Lazalier said. “He’s smart, good, listens and does. He’s definitely in the top echelon of commanders I’ve seen here in my 55 years.”

Lazalier said his biggest accomplishments outside of AEDC are his children, of whom he is immensely proud. He and his wife, Jessie, have two daughters, Michelle and Nicole, and one son, Michael. All, he noted, are very successful in their own rights. Michelle is the chief purchasing agent for a large company, Nicole is a veterinarian, and Michael is the current chief engineer of Test Systems for AEDC.

Of his wife, Lazalier remarked, “I cannot tell you just how grateful I am to Jessie for her support and help over the years. She has been my mainstay.”

Now that his career is coming to a close, Lazalier plans to spend more time on his hobbies, which include writing, wood chip carving, teaching his Sunday school class at the Manchester First Presbyterian Church and spending time with his family.

U.S. Air Force photo by Deidre Moon: Glen Lazalier, then-subject matter expert at Arnold Air Force Base, poses for a photo at Arnold, July 27, 2020. Lazalier retired July 31, 2020, from Arnold after 55 years with AEDC. (This image has been altered by obscuring a badge for security purposes.)