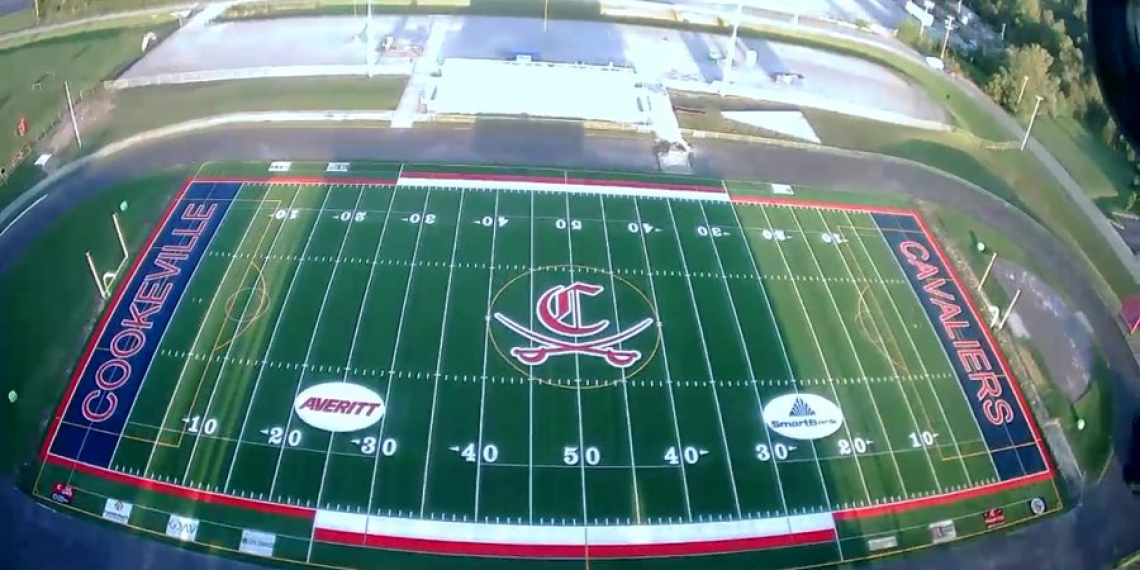 As Close as it gets; Raiders fall by 1 in Cookeville

Friday night in Cookeville the Cavilers hosted Coffee County in Region 3-6A high school football. Despite the Raiders falling 20-19, the game was a fantastic back and forth battle.

Outstanding Cavalier quarterback Stockton Owen got things started with his first of three touchdown runs in the first quarter. Then Coffee County took over with a TD run by Marshall Haney to tie the game at 7.

Later in quarter, Cookeville was driving in Raider territory, but the Cavs fumbled, that turned into Red Raider Derrick Scott scooping it up and he rumbled 66 yards for the touchdown giving Coffee County the lead, 13-7. The extra point had to be tried from 33 yards away after a very questionable celebration call went against the Raider bench. The kick was no good, but Coffee County led 13-7 at the half.

That scored held until around 9 minutes left in the fourth when Stockton Owen scored his second score and the extra-point gave Cookeville the lead, 14-13.

With about 2 minutes to go Owen would score his third TD giving the Cavs the lead at 20-19 after a 2-point conversion failed.

With around 1-minute left Cookeville picked off a Raider pass to end the game.

Derrick Scott was named the Coffee County Crazy Daises player of the game.

The Raiders will travel this week as they take on Rockvale at 7 p.m. in Murfreesboro. As always you can hear all the action on Coffee County’s most listened to station, The Rooster 101.5 and the Rooster app with Lucky Knott and Mike Ray.