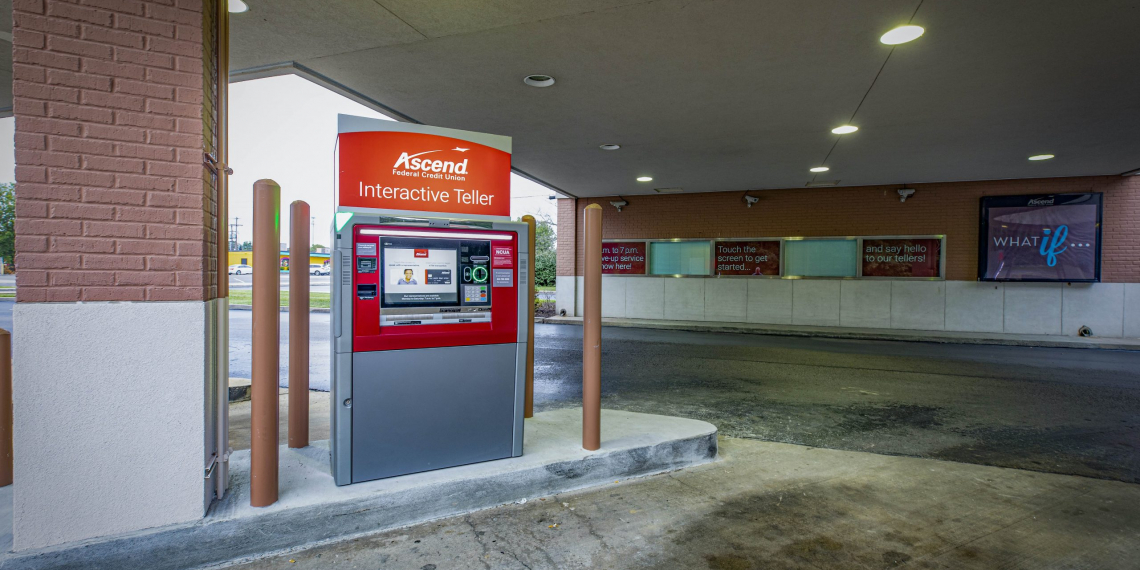 Ascend members can now be served from 7 a.m. to 7 p.m. Monday through Saturday at all of the credit union’s branches with drive-ups, thanks to the addition of interactive teller machines (ITMs). ITM technology incorporates interactive video with a service representative to provide members with an enhanced banking experience. Members can deposit and withdraw funds, cash checks and perform many other traditional banking transactions.

“The investment to add ITMs at more drive-through facilities is part of our commitment to ensuring our members always receive superior service, now and in the future,” said Tracy Moore, vice president of retail delivery for Ascend Federal Credit Union. “The needs of our members are constantly evolving, and ITM technology allows our members to easily complete virtually any transaction safely and securely – all from the convenience of their cars.”

Offering video interaction with an Ascend service representative, the new ITMs have been added to branch locations in Columbia, Elm Hill, Franklin County, Lewisburg, Manchester, Shelbyville, Tullahoma and Victory Station. All of Ascend’s drive-up and walk-up ITMs can be accessed as ATMs 24 hours a day, seven days a week.

Ascend was the first credit union in Tennessee to implement ITM technology in 2014.  Ascend service representatives receive extensive training to assist members using ITMs. In July 2020, Ascend opened a state-of-the-art member service center to support ITM services. The new building, located on Ledford Mill Road in Tullahoma, is the home office for 54 employees. The ITM service representative team is the largest for a credit union in Middle Tennessee.

For more information about Ascend and to find an ITM near you, visit ascend.org.