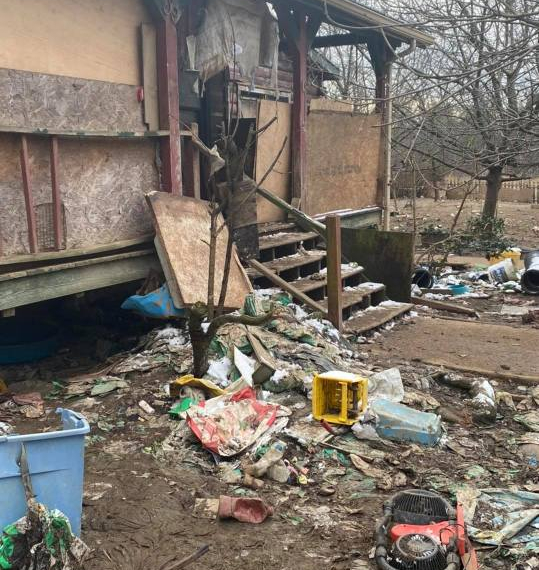 More than 250 dogs were rescued in Grundy County over the weekend from a property where hundreds of other animals were found dead, according to a non-profit animal rescue group.

Dogs on Borrowed Time posted more than 80 photos on Facebook, showing what she described as a “bone yard” with “hundreds of deceased animals” at a property in the Gruetli-Laager community.

More than 250 dogs and puppies were rescued from the property, but photos showed hundreds of animal bones scattered around the area, as well as a dilapidated home with trash all throughout the residence.

Dogs on Borrowed Time said the organization was first made aware of the breeder when about 100 dogs and horses were discovered in 2012, but no legal action was taken.

On Monday, Margaret Allanson age 72 was booked into the Grundy County Jail, charged with cruelty to animals.