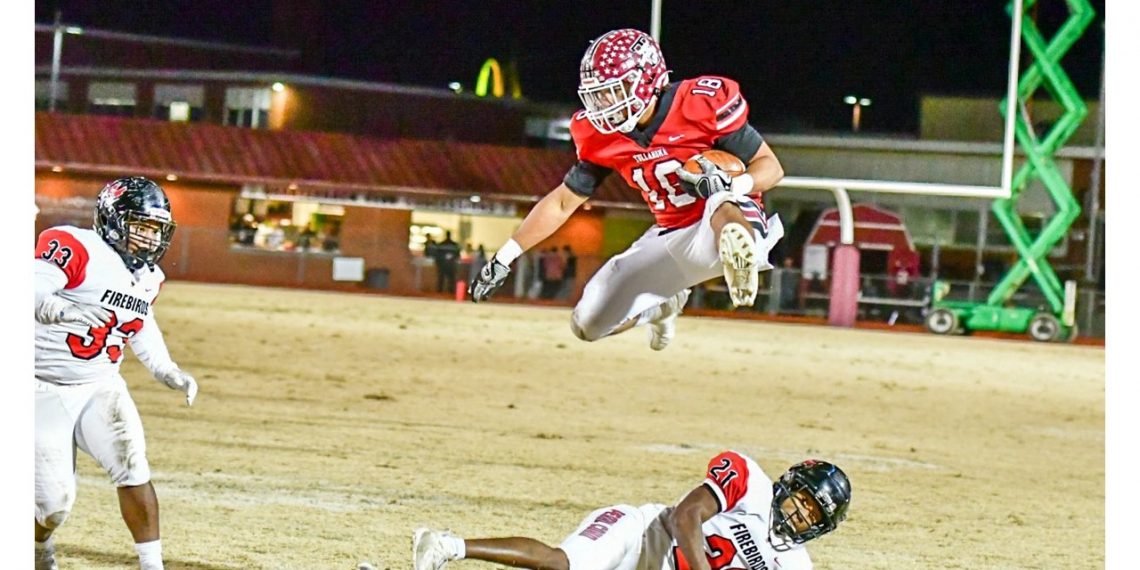 It was a game of two halves between the Tullahoma Wildcats and the Pearl-Cohn Firebirds.

In the quarterfinal TSSAA state playoff Class 4-A matchup the Wildcats could not get their offense on track in the first half, but the defense played tough against the talented Firebirds.

Tullahoma held Pearl-Cohn to only one score in the first 2 quarters. Jayden Robinson scored for the Firebirds on a 29-yard touchdown run with 4:17 left in the half. That was the only score by either team when the teams headed to the dressing room.

After finally getting a flow going on offense the Cats capitalized on Firebird mistakes late in the 3rd. With solid defensive play and Pearl-Cohn turnovers, QB Ryan Scott ran in from 1-yard out and Justus Chadwick added an extra-point to tie the game.

In the 4th quarter with 9:41 left, Scott threw the ball back to Senior TE Brody Melton and on the trick play Melton hit Krys Uselton from 43 yards out to give Tullahoma a 14-7 lead.

The Wildcats added to their outstanding 2nd half as Scott hit Brody Melton for a 26-yard touchdown. Melton used his strength as he carried and ran over defenders the final 10 yards with 3:41 left in the game to give Tullahoma a 21-7 lead.

Later in the 4th with 1:52 left, Krys Uselton intercepted a Firebird pass and Wildcats went into the victory formation.

Tullahoma at 13-0 on the season will host the 13-0 Haywood Tomcats at 7 p.m. on Friday night. You can hear the game on your exclusive radio home on the Wildcats, 93.9 The Duck starting with our pre-game show at 6 p.m.