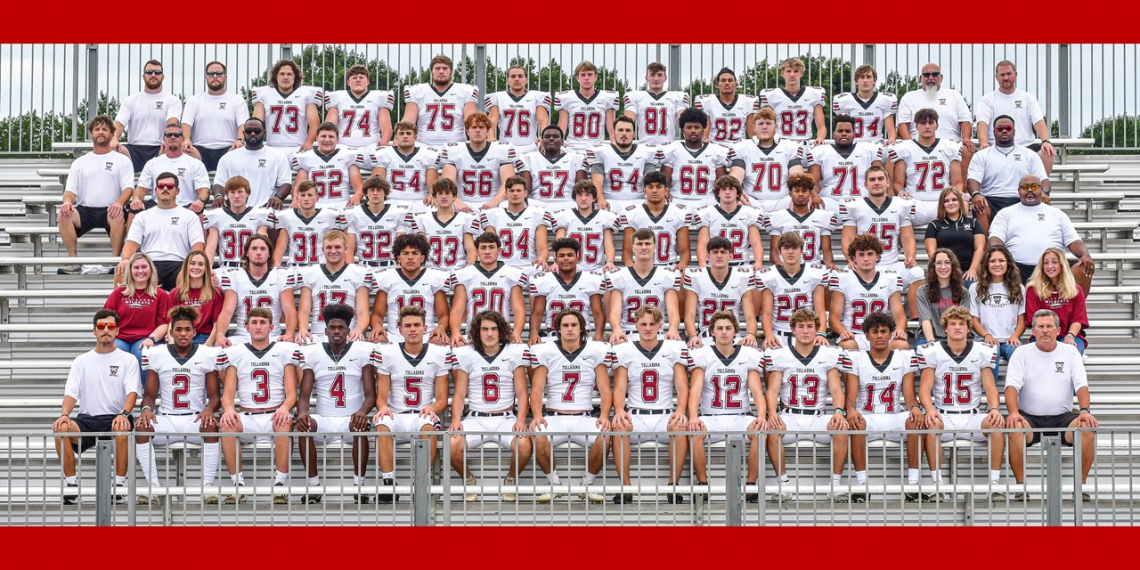 Ahead of Saturday’s TSSAA Class 4A State Football Championship, Tullahoma High School will hold a community pep rally at Wilkins Stadium on Friday from 2:30-3 p.m.

Initially, THS had scheduled a pep rally for students inside the gymnasium. However, to ensure that community members can be present with adequate spacing, the school has moved the pep rally to an outdoor setting at Wilkins Stadium.

Tullahoma High School will also conclude the school day at 2:15 p.m. on Friday to ease the transition from the school day to the pep rally and to welcome the community to the campus. Additionally, the high school will have a supervised area for those students who do not want to attend the pep rally but cannot leave until the traditional 3:15 p.m. release time.

For Tullahoma Head Coach John Olive, he said the last few days have been unique, but he’s been embracing every part of the state championship week. According to Olive, the amount of support his players and coaches have received from community members has been unreal. On Wednesday, the Wildcats traveled to Sewanee: The University of The South to get used to the similar field conditions they’ll be playing on Saturday at the University of Tennessee at Chattanooga.

“I cannot believe how the community has rallied around these young men, our program and our school,” Olive said. “We’re thankful for those community members and to Sewanee for allowing us to come up here in practice, which allowed us to get some experience playing on a college field, which is what we will be playing on Saturday at UTC. It was good to be up here on artificial turf during the daytime because we are going to be kicking off at 11 a.m. Eastern Time. There were are a lot of good things that came from coming up here and practicing on this field.”

During practices this week, the Wildcats’ head coach could tell there was some added excitement from the players. Olive and his staff are trying to get the players to harness that emotion and channel it for kickoff on Saturday morning against Elizabethon.

“You’re just trying to hold that excitement and try to bridle it in,” Olive said. “As coaches, we are trying to get our players to contain that excitement. We have been preaching to them this week is that we need to try to bottle it up until Saturday morning.”

Following Friday’s pep rally, the football team will depart from Tullahoma High School with a police escort at 4:30 p.m. Community members are encouraged to line the sides of Jackson Street beginning at the high school for a special send-off for the Wildcats.

“That will be pretty exciting,” Olive said. “We’ve left out of here before with police escorts and people lining the streets, but I think it’s going to be double or triple that this time. I’ve talked to Officer Wilie Young, and he said the escort might go on forever because they’ve had so many volunteers want to escort us. It’s going to be an exciting time, and it’s going to be something that creates a memory for these young people, and coaches, that they’ll remember for the rest of their lives.”

The Class 4A State Championship Game is scheduled to get underway at 11 a.m. Eastern Time on Saturday. Those wanting to purchase tickets can do so here. For those who can’t make it to the game, the audio broadcast will be on 93.9 The Duck and the TUA LightTube YouTube channel. Video will be available on the NFHS Network.