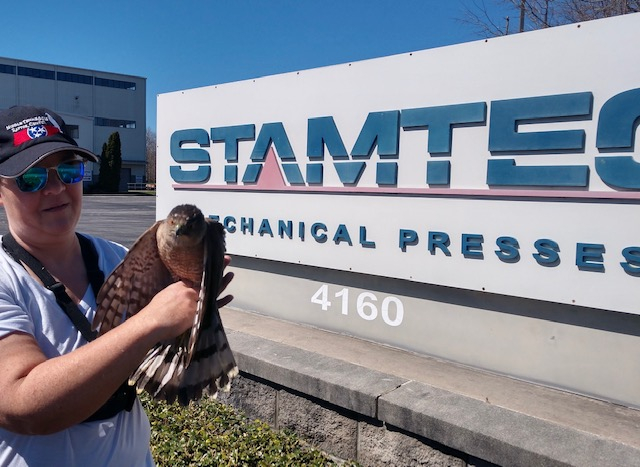 A Cooper’s Hawk found his way into the Stamtec Mechanical Presses facility at 4160 Hillsboro Highway last week and couldn’t get back out. Employees were able to safely capture the bird and called Middle Tennessee Raptor Center (MTRC) in Tullahoma for assistance.

After a thorough assessment, the hawk’s injuries were minor and was kept three nights for observation. “He was hungry, tired and a little dehydrated,” said Valerie Russell, President of MTRC. “Fortunately, his injuries were superficial. Nothing was broken and his feathers were in beautiful shape. After a couple good meals and some fluids, he was ready to go back to the wild in no time. We’re grateful to Stamtec for calling us to help.” 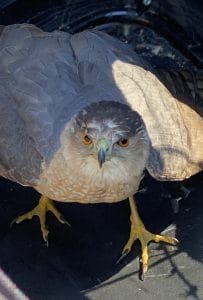 Cooper’s Hawks are native to Tennessee and are found in North America from Canada to Mexico. This hawk, who was nicknamed “Tec” based on the location he was found at, was released Sunday morning in the woods surrounding AEDC.

“Our goal is to always return a healthy bird to the wild once they are able. Tec recovered quickly and we are so happy he’s back flying free again,” Russel said. “Once we opened his box and he saw the open sky, he took off like a shot.”

Middle Tennessee Raptor Center is a 501(c)3 wildlife rehabilitator licensed through the TWRA for raptors and birds of prey. Stamtec manufactures metal stamping and forming equipment in the Interstate Industrial Park in Coffee County.

Coffee County Baseball and Softball in Action on Thursday