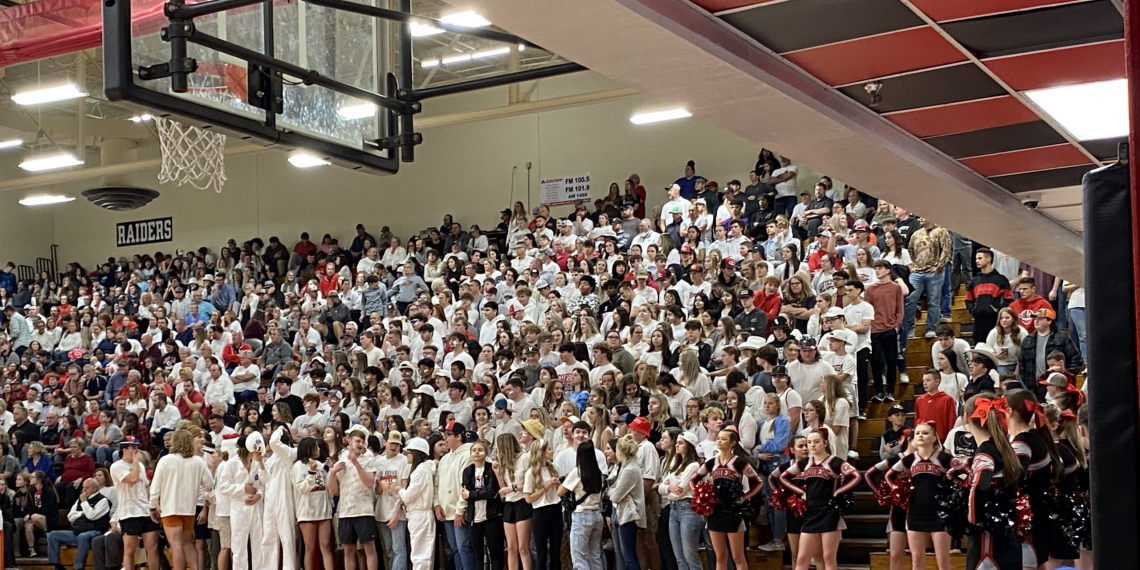 In front of nearly 3,000 fans that packed “The Patch” Coffee County made history on Monday night by defeating Stewarts Creek 57-50 and qualify for the state Class 4-A tournament. This is only the second time the Raider boys have made it to the state tournament. The last time was in 1965.

The Raiders jumped to an early lead and never trailed the Red Hawks.

Coffee County held a slim 8-6 lead after 1st quarter and extended the advantage to 6 in a low scoring first-half, 18-12. The Raiders would up their lead to as many as 15 points in the 2nd half only to see Stewarts Creek make a couple of runs, but it was never enough to a grab a lead.

The Raiders were solid on offense and defense throughout the contest. Coffee County did their job in the paint getting good rebounds despite being outsized by Stewarts Creek. When a big pass was needed the Raiders found the open man key points. The defense stepped up with timely steals and forced the Red Hawks to have an off-night shooting and their inside game was basically nonexistent.

Each player that entered the game for the Red Raiders did the job that Coach Andrew Taylor asked them to do. At the end, Coffee County made history and cut down the nets.

Sir Pizza Player of the Game Connor Shemwell led the Raiders in scoring with 19 followed by Dayne Crosslin’s 11. Aidan Abellana had a great 2nd half with 7 points and finished the night with 9. Jackson Shemwell hit two big shots the 2nd half, scoring 5 points. Jahlin Osbourne played a solid game and scored on two big layups to finish with 4 and Phinehas Rollman played great on defense contributing big rebounds and added 3 points on offense.

The Red Raiders will compete in the TSSAA State Tournament at MTSU next Wednesday at 1:15 p.m. against Dobyns-Bennett. The tournament is single elimination. Hear the action from Murfreesboro on The Rooster 101.5 FM.