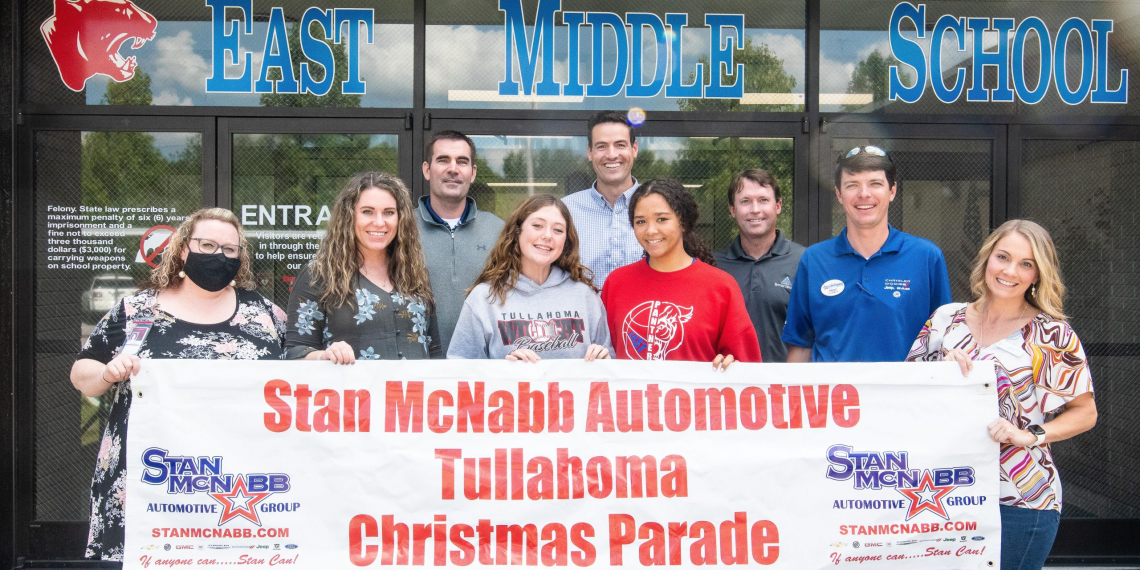 East Middle School seventh-graders Aaliyah Morris and Hayden Roberts received a surprise Tuesday afternoon as it was announced that their entry was selected to be this year’s theme of the Stan McNabb Automotive Tullahoma Christmas Parade.

Before the winning selection was unveiled, Aaliyah and Hayden were called to the front office, and both were apprehensive, as they were unsure why they had been called to the office. That’s when East Middle School Principal Dr. Woody Dillehay put them at ease, as he delivered the good news that this year’s theme would be A Cartoon Christmas.

“You could see the excitement on their faces when I told them that their entry had won,” Dr. Dillehay said. “To be able to deliver that type of news is always exciting, and you could just see the happiness that it brought them. We at East Middle School are proud of these young ladies for having their theme be selected.”

During the fall of 2020, the Tullahoma Area Chamber of Commerce asked TCS students to help them select an overall theme for their parade. The Chamber was overwhelmed with responses, receiving over 100 different ideas. However, one was beyond fitting with Grand Marshall Candy Couch, as 2020’s parade featured a Candyland theme.

After an amazing response last year, the Chamber again asked Tullahoma students to pick this year’s theme. Like last year, more than 100 entries were submitted to this year’s competition. According to the parade committee, while several great themes were in the running, A Cartoon Christmas was the consensus winner.

“We appreciate the partnership with the Tullahoma City School system,” the Tullahoma Area Chamber of Commerce said in a statement. “The committee was drawn to Aaliyah Morris and Hayden Roberts matching submissions because their choice created a bit of fun and energy that we’d like to bring to the parade this year. The parade theme that was chosen, A Cartoon Christmas, will allow entries to include their favorite family-friendly cartoon character.”

With Aaliyah and Hayden having their theme selected, East Middle School will receive a free parade entry. The 2021 Stan McNabb Automotive Tullahoma Christmas Parade will take place on Friday, Dec. 3.