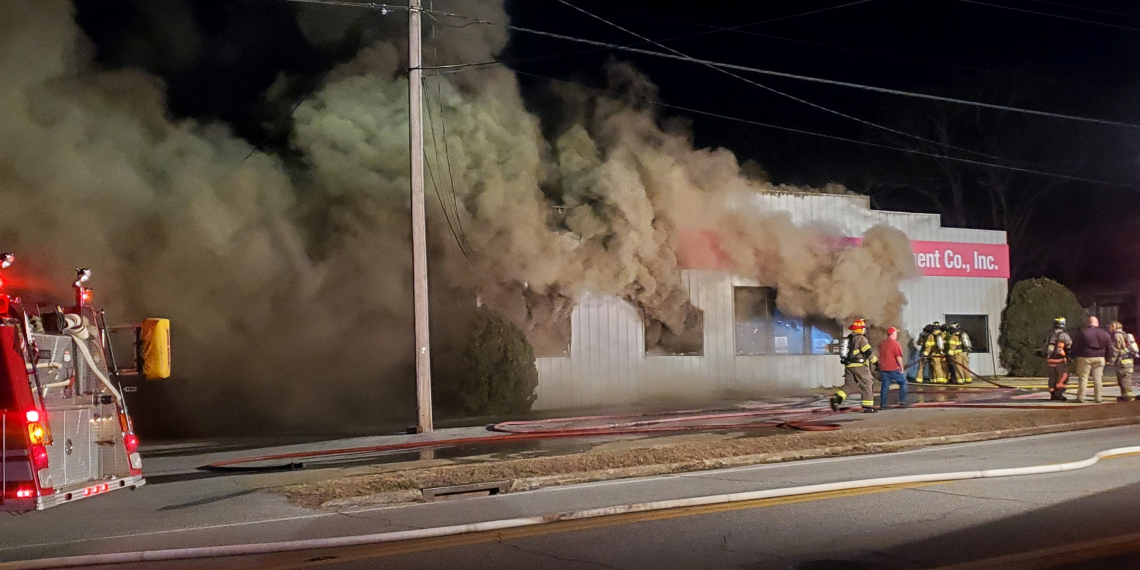 Firemen from throughout the county were called to the scene along with Coffee County EMS, Emergency Management and sheriff’s department.

One emergency worker informed On Target News that no injuries were reported as of 10:30PM.

Another emergency worker on the scene said it looks like the building will be a total loss.