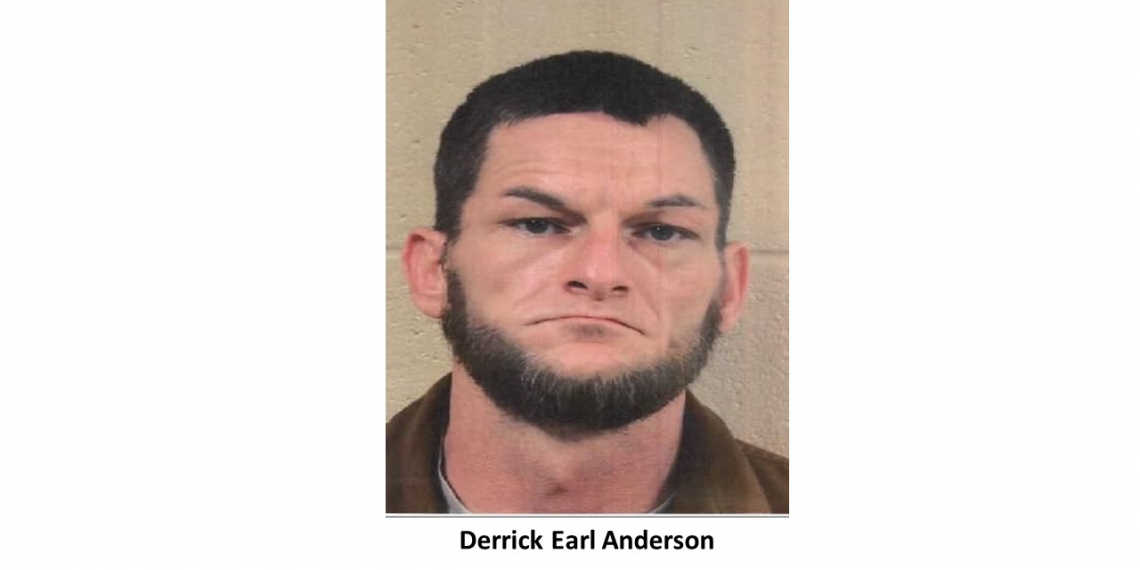 A joint investigation by Special Agents with the Tennessee Bureau of Investigation and the Grundy County Sheriff’s Office has resulted in the arrest of a Palmer man on a murder charge.

On or around November 11, 2020, the Grundy County Sheriff’s Office began investigating the disappearance of Scottie Dewayne Tate age 48 of Palmer. Investigators developed information that led to the discovery of the victim’s body on Anderson Road on November 20, 2020. At the request of District Attorney J. Michael Taylor, TBI Special Agents joined deputies in the investigation, and investigators developed information that identified Derrick Anderson as the individual responsible for the death of Scottie Tate.

On Wednesday, investigators arrested Derrick Earl Anderson age 35 and charged him with one count of First-Degree Murder. Anderson was booked into the Grundy County Jail, where he is currently being held without bond.