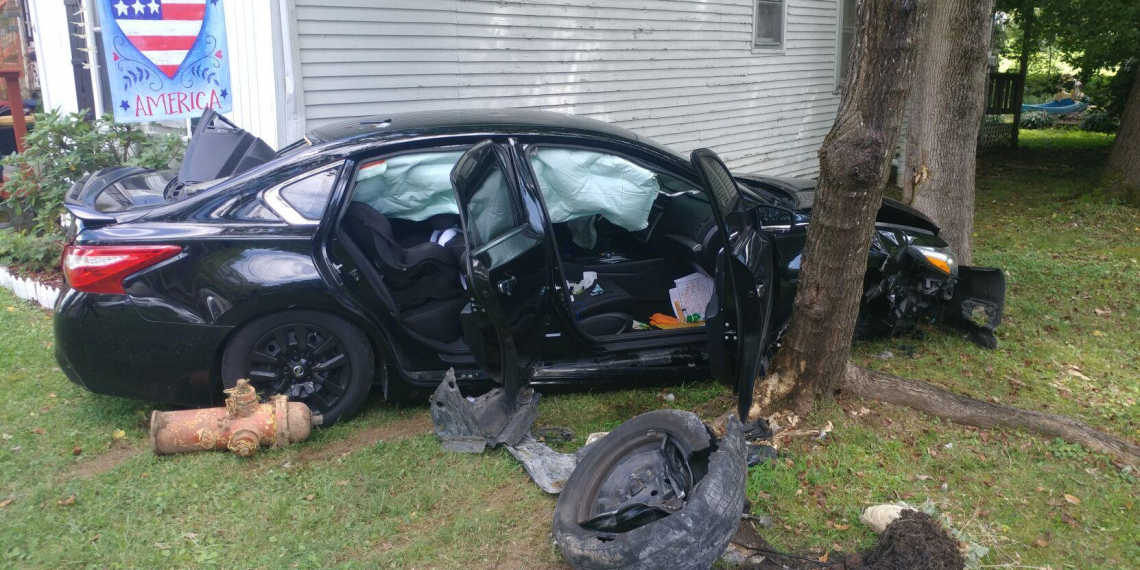 High-Speed Pursuit Ends in Manchester with Driver in Jail

A highspeed pursuit of on a vehicle on I-24 by the Tennessee Highway Patrol (THP) ended in Manchester after a crash on Madison St.

The suspect left his vehicle on foot and the search was on by law enforcement and the THP.

Helicopters were also called to the area to help search and Manchester City Schools were put on a soft lockdown.

The suspect, 25 year-old Deonte Lewis was located not far from the accident scene and arrested. He was later booked at the Rutherford County Jail.

He has been charged with aggravated domestic assault, aggravated kidnapping, reckless endangerment, and possession of a weapon. Lewis’ bond was set at $75,000.

Photo provided through our news partner, The Manchester TImes.