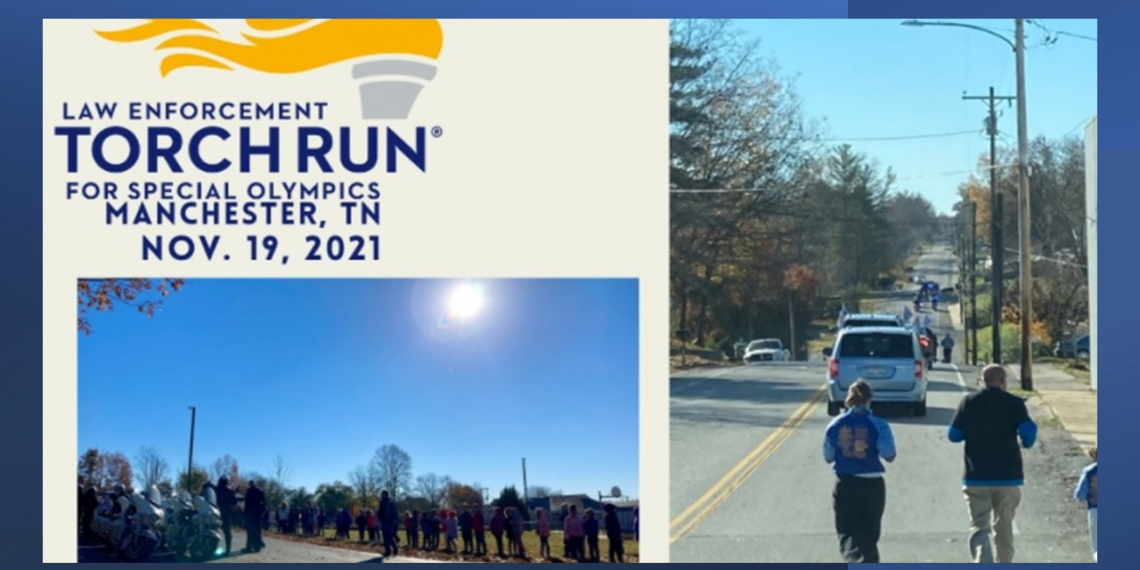 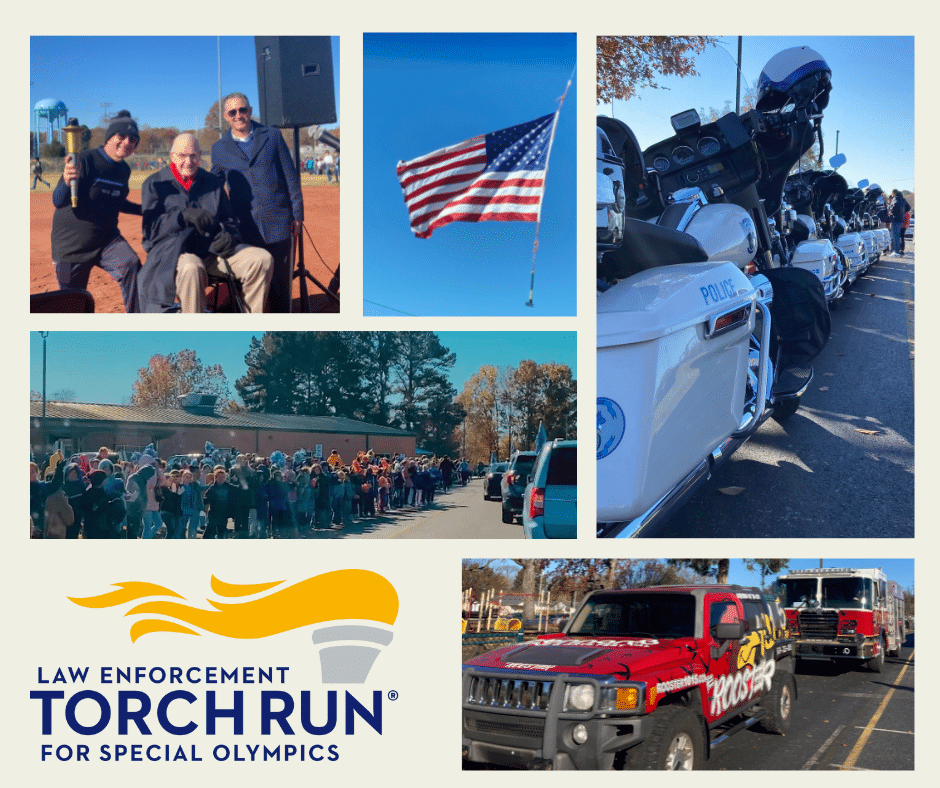 On Friday, November 19 the opening ceremony for the Final Leg of the 2021 Torch Run began at 9AM at College Street Elementary School in Manchester.  Though the weather was cold and the runners chilled, the warmth of dedicated support was felt

as law enforcement members from across the state joined in the approximately 2-mile run. A motorcade led by Manchester City Police and Nashville Metro motorcycle division escorted the runners as they travelled the town square to Spring Street, turning right on Coffee Street, left on Oakdale Street, right onto Taylor Street and finally left into the Westwood School campus entrance.

A closing ceremony was held at Westwood with speeches by Manchester City Police Chief Mark Yother “Yogi”, key coordinator of the statewide event and retired Nashville Metro Chief Joe Casey, long-time supporter of Special Olympics and pivotal influencer in the growth of the Law Enforcement Torch Run. Joe Casey congratulated the men and women that participated in the event while stating he looked forward to raising even more awareness for Special Olympics during next year’s Torch Run.

For more information on how to donate to the Law Enforcement Statewide Torch Run please contact Jennifer McAfee at jmcafee@specialolympicstn.org or call (615) 496-8615.