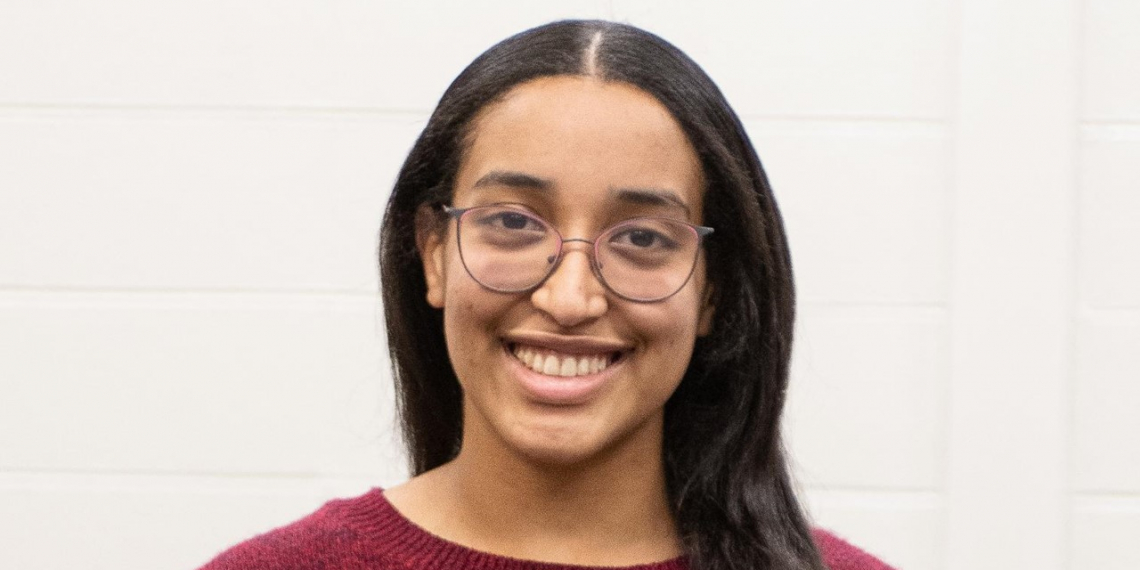 “It’s a really cool opportunity to represent Tullahoma on a national level,” Biftu said. “There are a lot of great people here who are doing a lot of great things in our community, and I want to bring those perspectives to the senate program. As an immigrant from Botswana, I’m grateful for the unique systems we have in place. I want to work within these systems to continue the work that has already been done.”

Biftu and Selom Bediako, a senior at Farragut High School, were chosen as delegates for the Volunteer State, and both students will receive a one-time $10,000 scholarship. Additionally, Biftu and Selom received invitations to attend the virtual Washington Week sessions sponsored by The William Randolph Hearst Foundation. The Washington Week sessions will take place on March 6-9.

After nominations from teachers and principals, delegates and alternates are selected by the state departments of education nationwide and the District of Columbia and Department of Defense Education Activity. The chief state school officer for each jurisdiction confirms the final selection.

During Washington Week, the student delegates will attend online meetings and briefings with senators, the President, a justice of the Supreme Court and leaders of cabinet agencies, among others. The United States Senate Youth Program was created in 1962 and has been sponsored by the Senate and fully funded by The Hearst Foundations since inception. The program’s overall mission is to help instill each student delegate with more profound knowledge of the American political process and a lifelong commitment to public service.

Ahead of Washington Week, Biftu stated that she is looking forward to meeting the other delegates. Additionally, she noted that listening to government officials speak piques her interest.

“I’m also excited to learn more about my fellow delegates,” Biftu said. “We all come from diverse backgrounds, and our communities battle with specific issues. I welcome the opportunity to be mentored by military leaders and listen to the perspectives of government officials. Hearing their experiences as leaders will inspire me to improve the world in new and innovative ways.”

Biftu was required to write two essays and include her academic and ACT scores during the application process. In November, she was notified that she was a finalist, moving on to a virtual interview, before learning that she was a United States Senate Youth Program winner the following month.

“On behalf of the interview committee, let me express our congratulations and emphasize how much we enjoyed meeting you,” wrote Charlotte Woehler, Coordinator of Student Opportunities for the Tennessee Department of Education. “Your qualifications and essays were impressive, and your leadership skills and knowledge of history and government are outstanding. Congratulations on your outstanding scholastic, extra-curricular and community service achievements.”

According to Biftu, the notification that she was a winner came via email while she was in school. Once she received the email, she admitted that she read it during class but said she had to reign in her excitement because she and her fellow students were in the middle of working on a project. Moments after Biftu received the exciting news, her guidance counselor, Erika Konyndyk, interrupted class and asked to speak to Biftu out of the classroom to congratulate her.

“I was really excited about it, but I had to keep quiet because we were working on an essay,” Biftu said. “My counselor also got the email, so she pulled me out of class to celebrate. We were ecstatic. I was talking with her about it, and [THS Principal] Mr. [Jason] Quick and some of the vice principals came by and congratulated me. It was definitely a moment to remember.”

Biftu was the sole THS student to apply for a spot in the United States Senate Youth Program. According to her guidance counselor, Biftu is the perfect candidate for this honor, and Konyndyk was elated when she learned that the Tullahoma senior had been named a winner.

“Biftu is the kind of person who inspires those around her,” Konyndyk said. “She is an innovator, and she is built for success. She achieves great things; however, one of her best qualities is her sweet spirit and high energy. She also has a unique way of putting those around her at ease. She is a helper, a leader and Biftu Regaa is the face of what the younger generation should aspire to be.”

Biftu has been highly involved in high school life while at Tullahoma High School. She serves as the vice president of the National Honor Society and is an active member of the Student Council. Biftu has served on the Tullahoma’s Mayor’s Youth Council as the secretary and most recently as the mayor. As President of the Future Business Leaders of America and the National English Honor Society, and Vice President of the National Honor Society, she has been actively involved in community service projects. She also is a member of the inaugural TCS High School Advisory Committee that Director of Schools, Dr. Catherine Stephens, started this year. She enjoys playing tennis and tutoring students in math and chemistry. After taking piano lessons for 12 years, Biftu now teaches piano lessons to students in her community and plays for various churches.

Helping others and volunteering is something that Biftu thoroughly enjoys. She said she wants to continue that in her career as a physician-scientist.

“It’s a Ph.D. and M.D. program,” Biftu said. “The fascinating part of this field is that we look at healthcare, but healthcare at the intersection of policy, economics and society. It includes those high-level officials making decisions that impact everyday citizens and local communities. Though the majority of my career will involve research, direct patient care will also be my priority to me. In these ways, I am excited to learn about current global health issues, understand the social and economic context of today’s patients and find ways to solve them.”