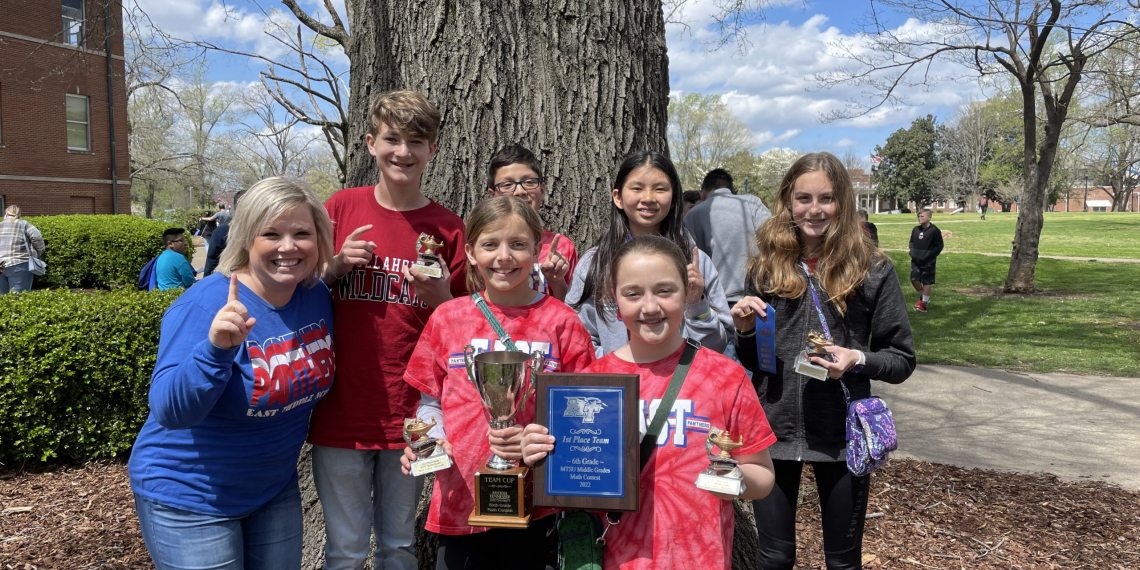 Before the 2021-22 school year concluded, East Middle School had ample success at the Middle Grades Math Contest, including a first-place performance from the sixth-grade team.

“In my 14 years, I cannot remember our sixth graders receiving this honor,” said East Middle School sixth-grade teacher Julia Sullivan. “When it was announced, we all looked at each other in utter shock and amazement. It was the best feeling, and our students are phenomenal.”

While East had success as a team, sixth-grader Wen Ni Lin also added an individual first-place performance. During the competition at MTSU, Wen Ni Lin had a final score of 145 out of a possible 150 points. According to Sullivan, 125 additional sixth graders competed for the top performance.

“Wen Ni Lin is one of those students that you rarely get to teach,” Sullivan said. “She is knowledgeable in the classroom, kind and helpful to her peers, and humble in all the areas where she exceeds. Her problem-solving abilities are superior. When they announced that she’d earned 1st at MTSU, it solidified how determined, committed, and intellectually gifted she is. East Middle School is so proud and can’t wait to see what she accomplishes in her next two years with us.”

While test-taking was occurring at MTSU, the same exam was given at five other universities across the state. Following the competition, all of the universities compared their top 10 students at each campus. Out of the combined results, Wen Ni Lin tied one other student for the highest score in Tennessee.