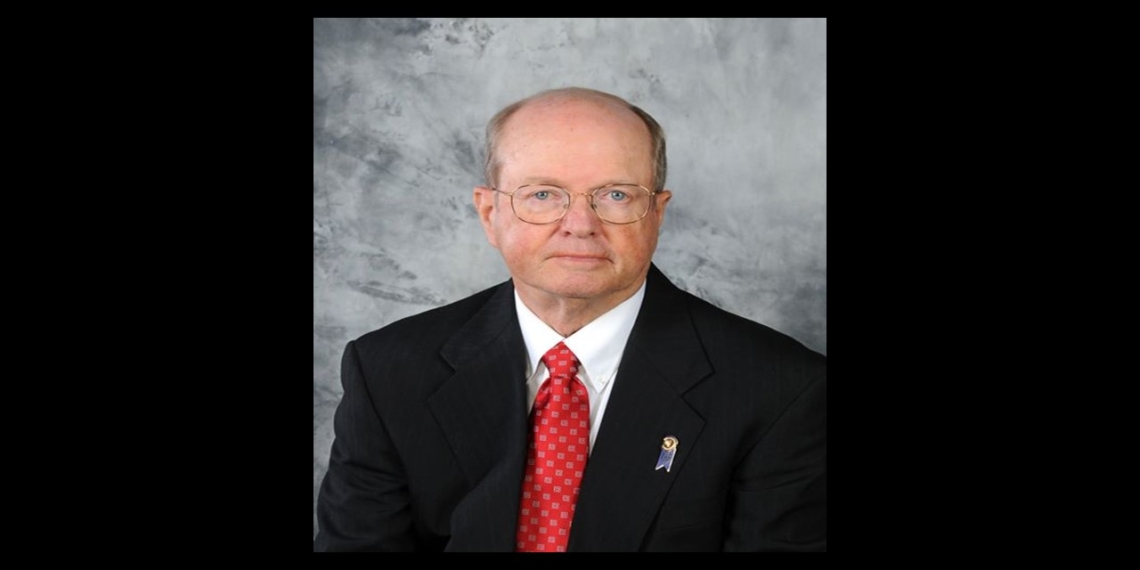 I grew up on a farm in southern middle Tennessee where my father was a farmer and my mother was a schoolteacher at a 2-room school where she served as principal. Upon graduation from high school I attended the University of Tennessee in Knoxville as an engineering student. I dropped out of college after the first year and married my wife, Ann. That was the best thing I ever did.

After working on second shift on an assembly line at a factory job for 5 years I was able to complete a 3-year course in Machine Design from a Technical College. I took a job with the Trane Company in Clarksville, TN. After 2 years there, I was offered a job at AEDC as a designer in the Propulsion Wind Tunnel Design Section.

After 2-1/2 years at AEDC there was a reduction in force and I was let go. I subsequently accepted a job offer from Micro Craft, which meant I could stay in Tullahoma. I was with Micro Craft for 31 years growing in management responsibilities from Designer to Senior Vice- President of Engineering at the time of my retirement.

Early in my career at Micro Craft, I took a leave of absence went back to school at Vanderbilt University where I was fortunate enough to attend on a full tuition scholarship. Upon graduation from Vanderbilt, I had numerous job offers but chose to remain in Tullahoma with Micro Craft. I subsequently earned a Master’s Degree in Engineering Management from the University of Tennessee.

Upon my retirement from Micro Craft I started my own consulting business, Management Consulting Services, offering technical and business management services. After a successful career as an industry manager and many civic organizations, I decided it was time to offer my experience as an elected official.

I started my professional career with the Trane Company in Clarksville, TN spending 2 years there in their Product Engineering Department doing design work on prototype heating and air conditioning systems. I then received and accepted a job offer from ARO in the Propulsion Wind Tunnel at AEDC. After 2–1/2 years there I was the victim of their first major Reduction-in-Force (RIF). I received several job offers that would require leaving Tullahoma which I did not want to do. I was fortunate to receive an opportunity to stay in Tullahoma by going to work in the Engineering Department at Micro Craft, a struggling 25 man machine shop specializing in the design and manufacture of aerospace test articles (wind tunnel test models).

After gaining significant experience doing design work there, I realized that in order to advance in that field I would need an engineering degree. I took a 2-year leave of absence and attended Vanderbilt University getting my Bachelor’s degree. Returning to Micro Craft I advanced in the company to become the Chief Engineer and Vice-President of Engineering. As the company was growing, so were my responsibilities; becoming the General Manager of the company’s Hampton, VA Division primarily supporting NASA Langley. While in that role I was named as the company’s Group Vice-president for Aerospace Test Systems responsible for the company’s 4 major divisions across the country, including the site here in Tullahoma. I was responsible for 220 employees and a budget of over $22M which is close to the size of the Tullahoma city budget. My career at Micro Craft was highlighted upon being appointed to the position of Senior Vice-President in which I served until my retirement.

Upon my retirement from Micro Craft, I started my own small business, Management Consulting Services, providing technical and business management consulting services to a host of companies. These companies included Raytheon, Accurate Automation Corporation, General Dynamics, SIM&amp;S and also to Micro Craft.

My most recent employment has been with the University of Tennessee Space Institute where I received an appointment to serve as their Aerospace and Defense Program Manager for their Hypersonics programs. These contracts were with the Air Force, other academic institutions and industry.

I am currently retired and have no employment or company ownership or management responsibilities to detract from my time as being a full time mayor for the city of Tullahoma.

After a successful career in the aerospace industry and serving a leading role in many local civic organizations, I decided it was time to offer my experience as an elected official. My first initiative in that endeavor was in 2015 – an off-year election. The Mayor chose to take advantage of my experience in the aerospace industry and appointed me to the Tullahoma Airport Authority and the Tullahoma Regional Planning Commission, both of which have responsibility for economic development. After my re-election in 2018, I was also appointed to the Tullahoma Area Economic Development Commission (TAEDC) which also serves as the Tullahoma Industrial Board.

Having spent my career in the aerospace industry serving in senior management positions and managing a staff of over 200 engineers and craft personnel with an operating budget of over $20 million which approaches the size of the Tullahoma city budget, I recognize the challenges faced by industry. As a manager, I had to balance a budget every year. Expenses could not exceed revenues and raising property taxes to balance the budget was not an option. I had to be more resourceful in either finding additional revenue or reducing expenditures. I am fiscally conservative particularly when it involves taxpayer dollars.

As your Mayor, I will continue to focus my attention on economic development as I see that as the best way to stimulate our economy and avoid property tax increases.

Having served as your Alderman for 5 years, I have my finger on the pulse of our city and will be honored to serve as your mayor.

4. What are the positives about being Mayor or Alderman?

As an Alderman for the past 5 years, I have had the opportunity to listen to citizens’ concerns and be their voice at city hall. Being able to help resolve their concerns has been gratifying.

Being appointed as the city’s liaison to The Tullahoma Airport Authority and helping bring the Air Park to fruition, being appointed to the Planning Commission and contributing to the orderly development of the city through proper zoning, appointed as the city’s liaison to the Tullahoma Area Economic Development Commission and gaining an understanding of their role in moving the city forward have all been very positive. These positive experiences will enable me to transition to the office of mayor without any interruptions in the progress of the city.

As mayor I will enjoy even more the opportunity to use my experience as an industry and civic leader to provide direction for the city’s future with an emphasis on economic development with jobs in the aerospace, industrial technology, and medical fields.

5. Negatives about the job?

Every citizen’s concerns cannot be resolved satisfactorily immediately. Actually, I have had virtually no negative experiences while serving as Alderman. The board has functioned quite harmoniously with any differences of opinions dealt with in a professional manner. It is my intent for the board to continue to function at this level while I serve as mayor.

As my focus is on economic development, I would like to see more progress being made inbringing high quality, good-paying jobs to Tullahoma and I commit to providing the leadership to accomplish this goal. We have done reasonably well, with the help of developers; in attracting retail to our area; but for retail to thrive we must do a better at attracting industry particularly in the aero, medical and technology sectors. I would emphasize the need for local entrepreneurism to grow jobs with the talent and skills we already have in Tullahoma.

Tullahoma needs a mayor who can provide proven, experienced leadership to keep the city moving ahead. I recognize the value of Tullahoma’s excellent school system. Our system is recognized as one of the best in the state and I will ensure our schools continue at that level.

I will not vote to raise property taxes in order to have a balanced budget unless all other options have been exhausted. I will work closely with city staff to ensure my fiscally conservative values are incorporated.

I have served on all city boards involved in economic development. I see that as a way that we can broaden our tax base and avoid a property tax rate increase.

I support planned growth in our city and will strive to ensure that the investments made by property owners are protected when the city considers any rezoning.

As the city evolves, I will ensure that we retrain our traditional small town values and the quality of life environment that all prospective residents seek. I will promote youth sports for all sports. Our Parks and Rec facilities are the envy of many towns our size and I will strive to enable them to attract more sports events to Tullahoma.

Having served as an Alderman for the past 5 years I have my finger on the pulse of the city and will ensure that the progress we have made will continue. With 45 years of experience in industry and as a civic leader I will use my proven, experienced leadership to get things done and keep Tullahoma moving.