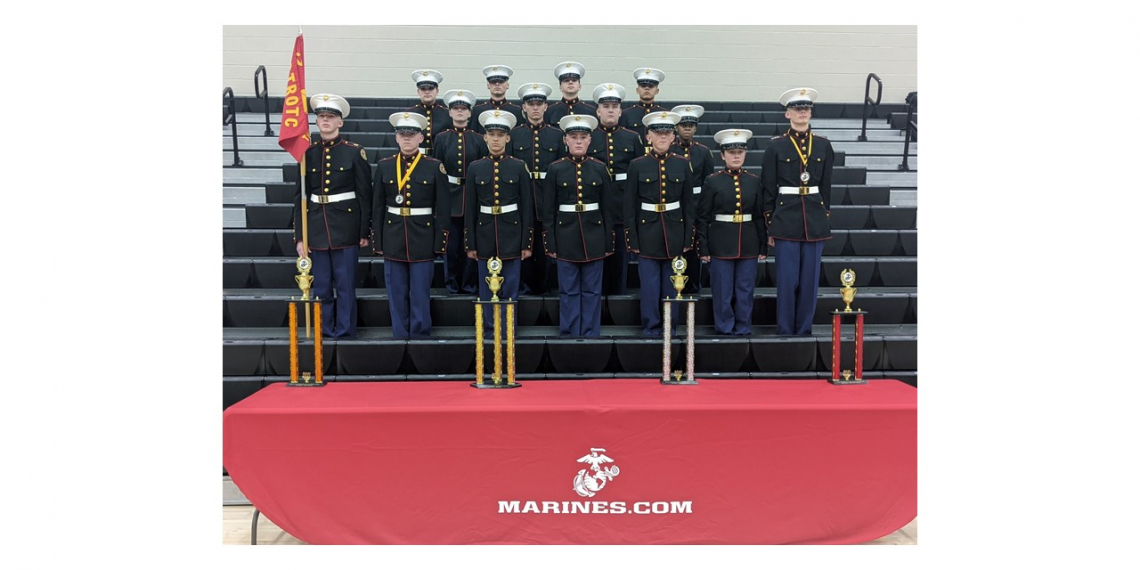 “It’s been a very challenging year for the MCJROTC Drill Team, “ said Sgt. Major Richard Ramirez. “Most of the meets have been canceled due to COVID, but the cadets were determined and worked very hard to compete and win this Drill Meet.”

Two Tullahoma cadets also received individual awards while competing in a pair of games called Knockout. The sole purpose of Knockout is to determine who is the more disciplined cadet at the competition. There can only be one winner during each game. Bunch was awarded the medal in Unarmed Knockout, while Cadet Lieutenant David Mason received a medal in Armed Knockout.

“Once again, the THS JROTC has gone to competition and represented themselves, our school and the community well,” said THS Principal Jason Quick. “Under the leadership of Sgt. Major Ramirez, this drill team continues to raise the standard of performance for the cadet program and serve as a model of excellence for our students and faculty. I could not be more proud of these outstanding young men and women.”