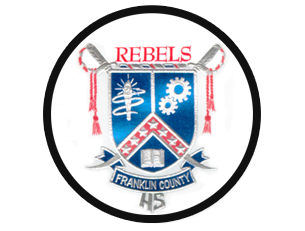 Lisa Rung, Christine Colane, and Shanae Williams appeared before the Franklin County School Board Monday July 13 and presented reasons why they felt the school system should change the Rebels mascot and school crest at FCHS. The purpose is to remove social injustices linked to the Confederacy and an associated stance on slavery, according to the presentation.

It was previously reported here that the Board will take up that issue at a workshop at 6:00 p.m. on July 20, but the correct date for the workshop is 6:00 p.m. August 3, according to the Winchester Herald-Chronicle newspaper.

Colane said that the continued use of the Rebel mascot adheres to state and local laws that enforced racial segregation in the southern United States. These are often referred to as “Jim Crow” laws.