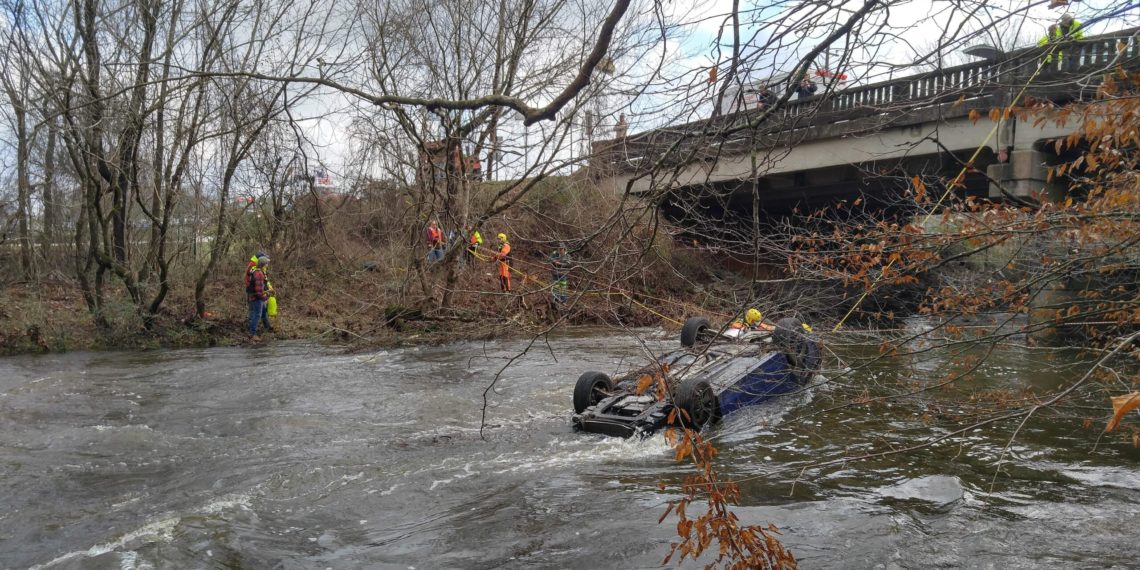 Man Crashes into Little Duck River in Manchester; Walks Away

In what is considered a strange accident; a vehicle was found on its top just below the Little Duck River Bridge on Hwy 55 on Saturday morning in Manchester.
One first responder told On Target News that it looked like the vehicle went airborne, clipping tops of trees on its way down.
When Manchester Police arrived at the scene no person was located.
The Coffee County Rescue Squad was called to the scene of the accident near Gateway Tire to assist in the recovery.
Police found papers inside the vehicle that they believed would help them find the driver. Tauris Donte Maymi was located at his Manchester address and was issued citations for leaving the scene of an accident, driving without insurance and failure to maintain lane.
Apparently, the crash occurred around 1 am Saturday, but it was mid-morning before a passerby saw the vehicle and reported it to authorities.
Traffic was snarled for a long period of time while rescuers pulled the crashed vehicle out of the water and up an embankment.