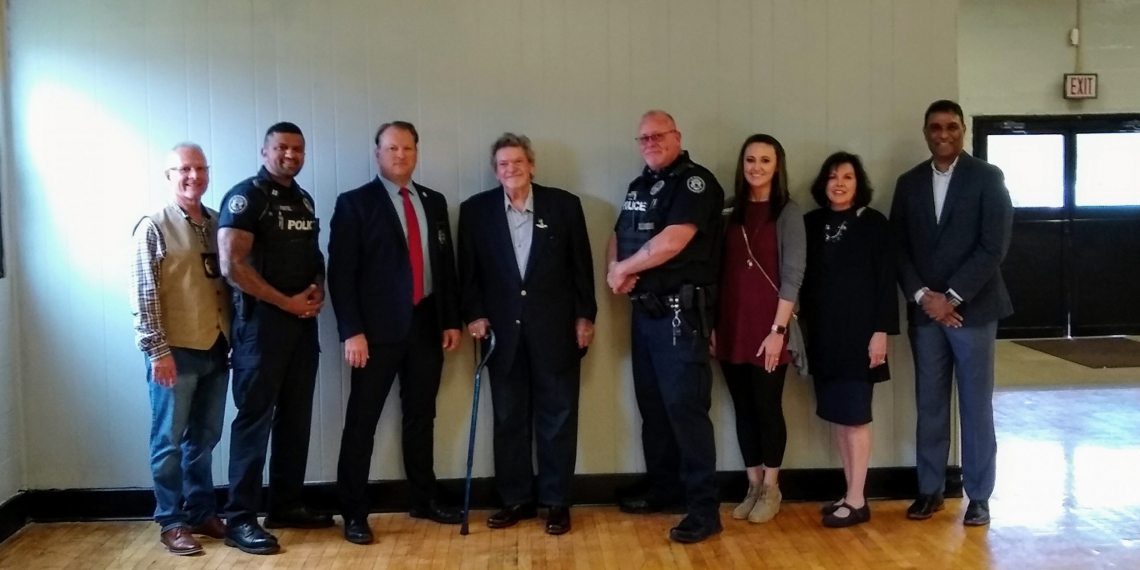 Earlier this year local businessman Jay Kalvala, owner of the Sleep Inn, and former Manchester Alderman Gene Holmes paired up to work on a project to show support of officers at the Manchester Police Department.

On Tuesday, they honored the late Chris Patterson who was a captain with the department when he unfortunately passed away last month. Patterson’s wife and other family members were in attendance. Also honored were Captain Nilesh Patel, Sgt. Landon Pence and Assistant Chief Adam Floied. Each officer received a nice gift.

Kalvala and Holmes stated they intended to continue this project until every officer is recognized.

Chief Mark Yother said the MPD is humbled and thankful for this show of support.