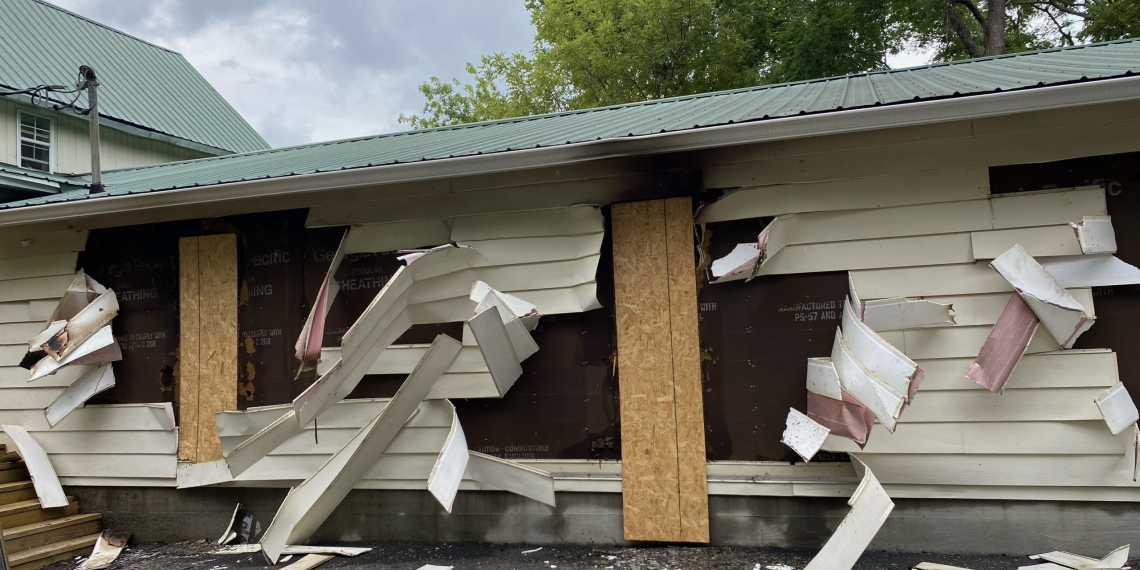 Monday night at around 8:45 PM the Manchester Fire Department received a report of a structure fire at 407 S Spring St, the location of Bible Church. Fire crews responded along with Manchester Police.

Crews also assisted the resident with obtaining items from upstairs.

SERV Pro was contacted to board up the damaged area of the church to keep it secure.

On scene crews received great support from Coffee County Communications Center, EMS, Tullahoma Fire Rescue and Manchester PD personnel. They also received assistance from Duck River Electric.  Cause of the fire is unknown and is currently under investigation.