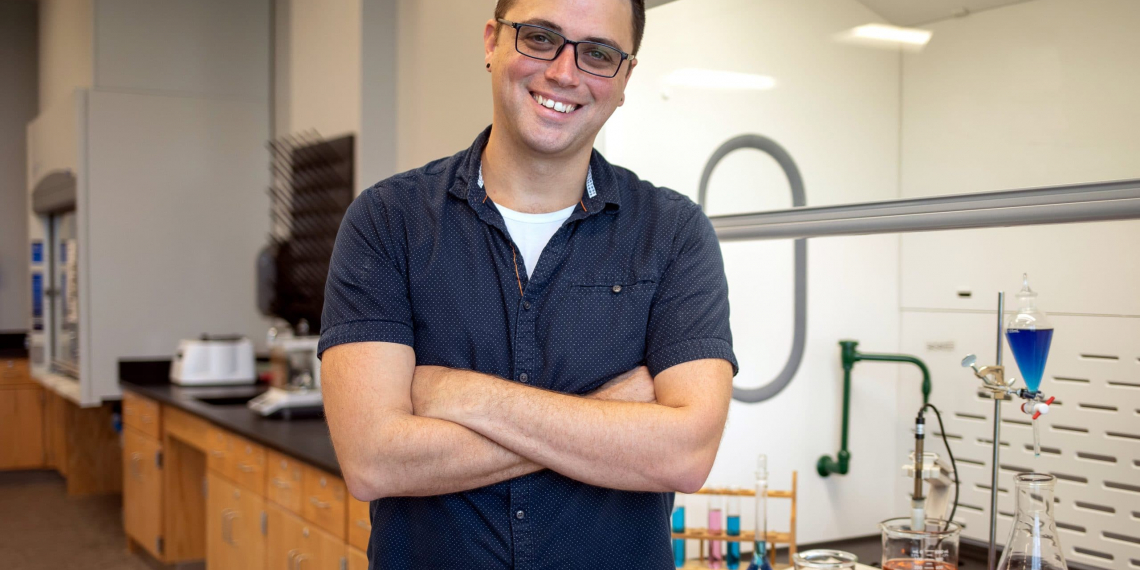 It’s a three-year, $300,000 grant proposed by MTSU’s Tony Johnston, who is partnering with Motlow Chemistry Instructor Nathan Fisher and Columbia State’s Karen Kendall-Fite, with faculty from all three schools participating.

“Our collaboration in this grant award is part of a larger, long-term vision. We are very intentional about our plan to introduce a variety of Fermentation and Distillery Science learning opportunities,” said Motlow President Dr. Michael Torrence. “Our vision includes broadening short-term certificate training opportunities, as well as the development of new degree programs. Those programs will specifically seek to cultivate the success of minority and underserved populations in these fields.”

Motlow STEM faculty will be trained in problem-based learning methods to work with students, and the impact of their students’ awareness of fermentation science as a STEM concentration and career will be tracked. Fisher is a former MTSU student, tutor, undergraduate research assistant, and chemistry adjunct faculty member.

“The awarding of this grant creates an exciting new opportunity for students who want to come to Motlow to study fermentation,” said Fisher. “Fermentation is a growing industry in the Middle Tennessee area, and this grant represents the commitment of the USDA to develop competency among our Motlow students.  With the grant funding, some students will attend Motlow to study Fermentation before transferring to MTSU or other programs to receive their bachelor’s degree.  Additionally, students may be interested in finishing their studies with the planned Associate of Science degree in Fermentation that Motlow is working towards offering.  Both options will open fulfilling career paths that will, in turn, help to grow Fermentation and enhance local food security.”

The grant increases awareness of agriculture and introduce fermentation concepts into lower-division undergraduate math and science classes at Columbia State and Motlow, and drives fermentation science as a career option.

“Students, in general, aren’t aware of what fermentation science is, much less that it’s agricultural,” said Johnston, professor, and director of the MTSU Fermentation Science program. “The grant seeks to get more students interested in agriculture as a career.

“Agriculture is an applied STEM (science, technology, engineering, and math) field, but it is not traditionally viewed this way,” Johnston said. “The grant provides an opportunity to connect the dots between STEM courses and agriculture and raise awareness of and increase the potential for a student to become interested in the applied STEM career that is fermentation science.”

Johnston said part of the grant would go toward classroom equipment — smartphones and scientific equipment — for Motlow and Columbia State students to learn about chemistry, biology, and math through applications of Fermentation in their freshmen- and sophomore-level courses.

Another part of the funds will pay Motlow and Columbia State faculty to be trained and MTSU math professor Ginger Holmes-Rowell as an independent evaluator.

Titans Win in a Shootout