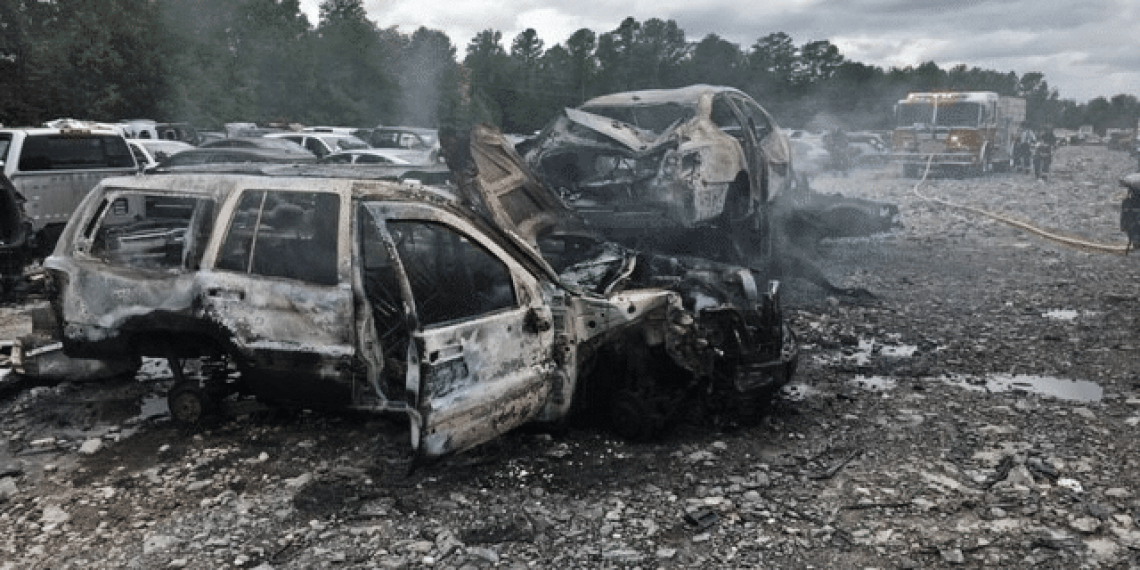 LKQ personnel had moved the vehicles away from other vehicles in the lot to keep the fire from spreading.

Manchester Firemen began to attack the fires on multiple vehicles.

Hillsboro Volunteer Fire Department arrived on scene and was standing by to provide resupply of on scene apparatus if needed.

Firemen were able to extinguish all fires with an agent on hand.

All the cars involved were salvaged vehicles.