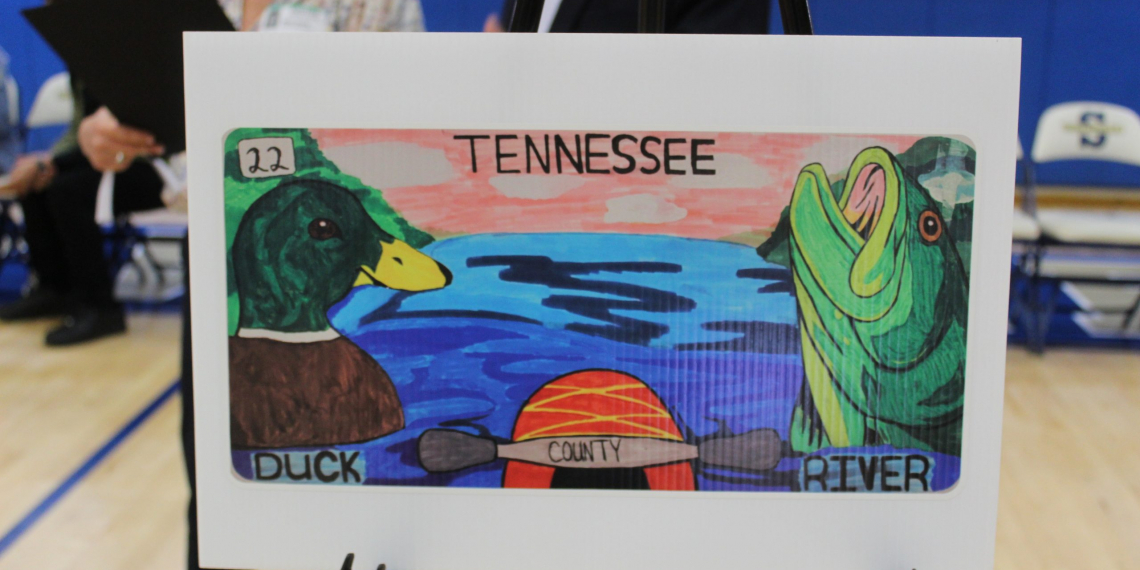 A new “River Life” specialty license plate, legislation for which was introduced by State Rep. Pat Marsh and State Sen. Shane Reeves and approved by the Tennessee General Assembly, will benefit rescue operations and safety awareness on the Duck River in Bedford County. A student design contest was held to create the license plate, and on Monday, May 9, the winners were announced during morning assembly at Shelbyville Central High School.

Allejandro Contreras Cabrera created the winning entry, featuring both a duck and a fish with a beautiful sunrise (or sunset) sky. He received $500 from First Community Bank of Middle Tennessee for his winning entry, which will be the basis of the new plate.

The Duck River, which has been called one of the most biologically-diverse in the world by the National Geographic Society, is a haven to kayakers and outdoor sports enthusiasts. But some kayakers, often visitors from outside Bedford County who own their own kayaks, take the river during dangerous high-water conditions, and that sometimes leads to the need for rescue operations. Local emergency service agencies have been discussing the problem for several years, and they came up with the idea of a specialty license plate which will raise money for rescue equipment, safety markings, access control, and other safety-related costs.

With the “River Life” branding, organizers hope that conservationists and those who enjoy the outdoors will show interest in the specialty plate statewide, not just in the Duck River watershed.

Details will be available soon about how to pre-order the plate. The plate must receive 1,000 pre-orders by June 2023 in order for the state to begin production.