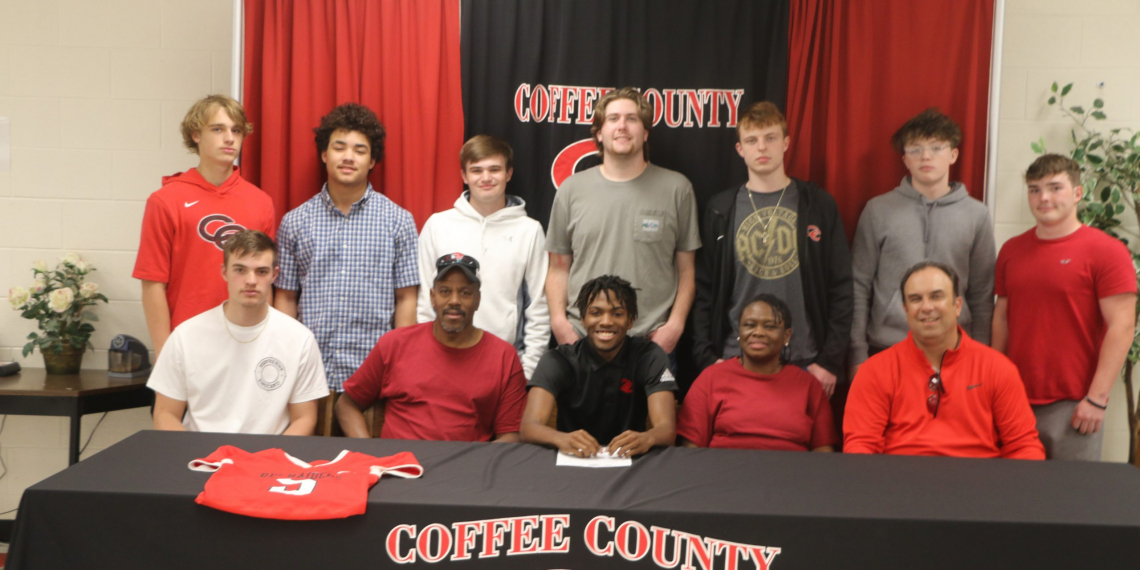 Coming off his senior year, Anthony was a wide receiver, defensive back and an outstanding kick returner for the Red Raiders.

CJ was also a starter throughout the year for the Red Raider basketball team, but chose football as a way to continue he is student-athlete career.

Anthony is excited to bring his up-tempo style of play to the Cumberland Phoenix. The Phoenix compete in the NAIA Mid-South Conference.

Joining CJ for Photo is his teammates and Head Coach Doug Greene of the Red Raiders.