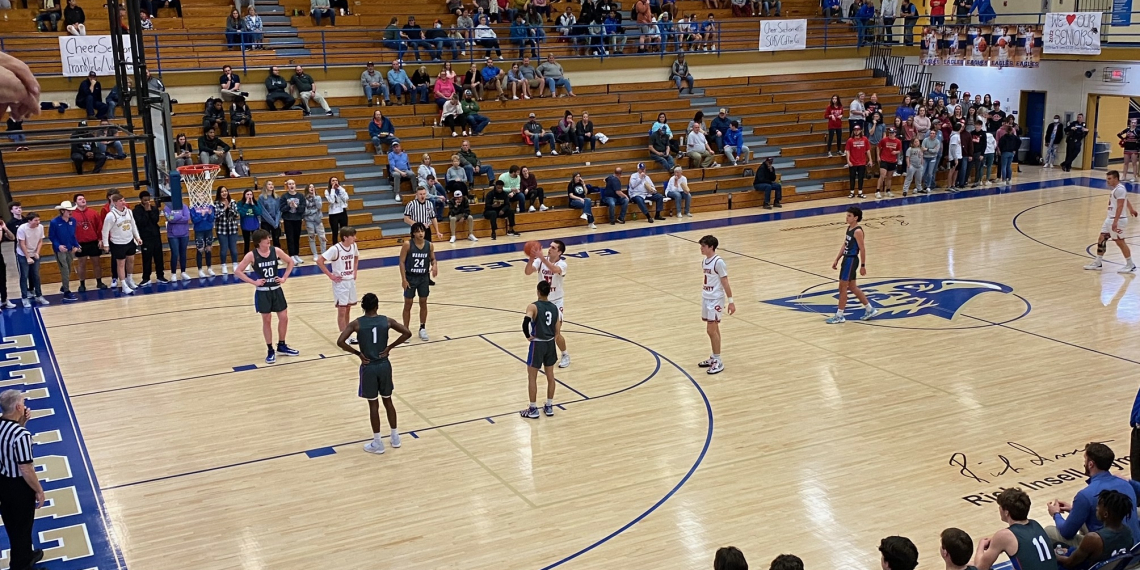 It was semi-final night for boys’ basketball in District 6-4A tournament in Shelbyville.

First up the big upset of the tournament took place as the #4 seed Shelbyville Golden Eagles upset the #1 seed Franklin County.

In the nightcap Coffee County was able to fight off Warren County 50-44.

This was the Red Raiders’ fourth win of the Pioneers this season and improved Coach Andrew Taylor’s team to 19-7 overall.

Coffee County will take on Shelbyville on Saturday night at 7:30pm for the championship and Tuesday’s guarantees the Raiders a home game in the upcoming Region 3-4A tournament.

Connor Shemwell led Coffee County in scoring with 9 followed by Phineas Rollman and Dayne Crosslin with 8 points each. Rollman was named the Sir Pizza Player of the Game.

The Coffee County Lady Raiders will play for the lady’s championship against Warren County at 7:30 PM on Friday.

Photo: Phineas Rollman eyes the mark on a free-throw on Tuesday night