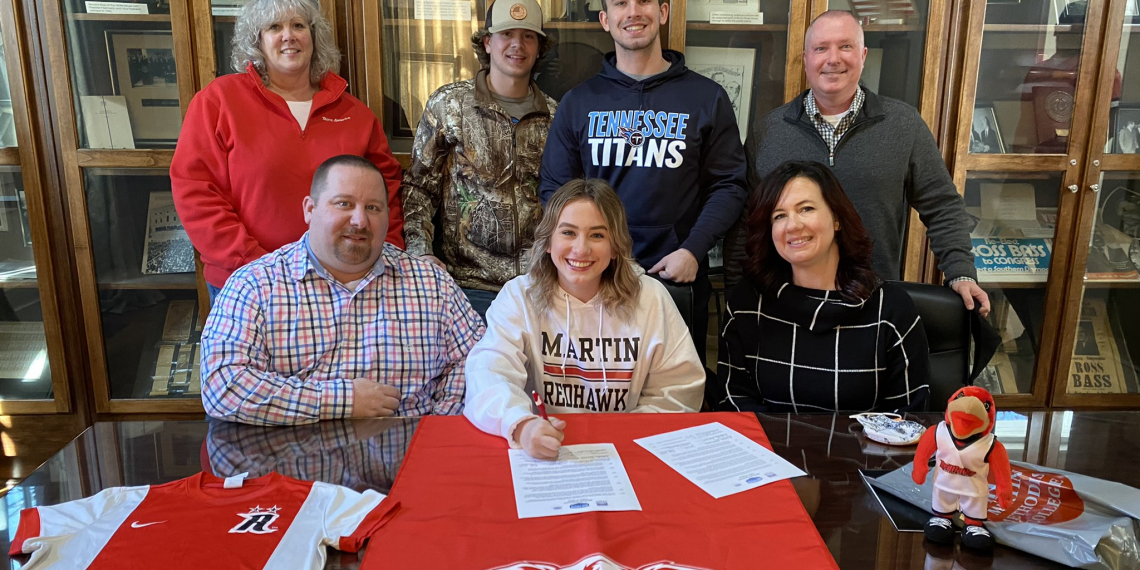 On Thursday Coffee County Lady Raider Kyleigh Harner signed her letter of intent to play soccer and continue her education at Martin Methodist College. The decision was made by assistant coach Zach Crownover who is looking to fill a hole on the RedHawks defense. Coach Crownover is looking to improve his Junior Varsity squad so it can be a steppingstone for players to make it to varsity.

Crownover says that Kyleigh Harner has much potential and is looking forward to coaching her as a defensive midfielder for the RedHawks.

Coach Crownover being a native of Manchester reached out to head coach David Amado for film and info on Kyleigh. Coach Amado spoke very highly of Kyleigh about her film as well as her academic performance off the field. Zach Crownover says that Kyleigh will make a great addition to the squad and improve the teams level to get the RedHawks JV program in the direction he wants them to go.

Kyleigh Harner not only plans to play soccer for the RedHawks but study either Psychology or Criminal Justice while continuing her education at Martin Methodist College.