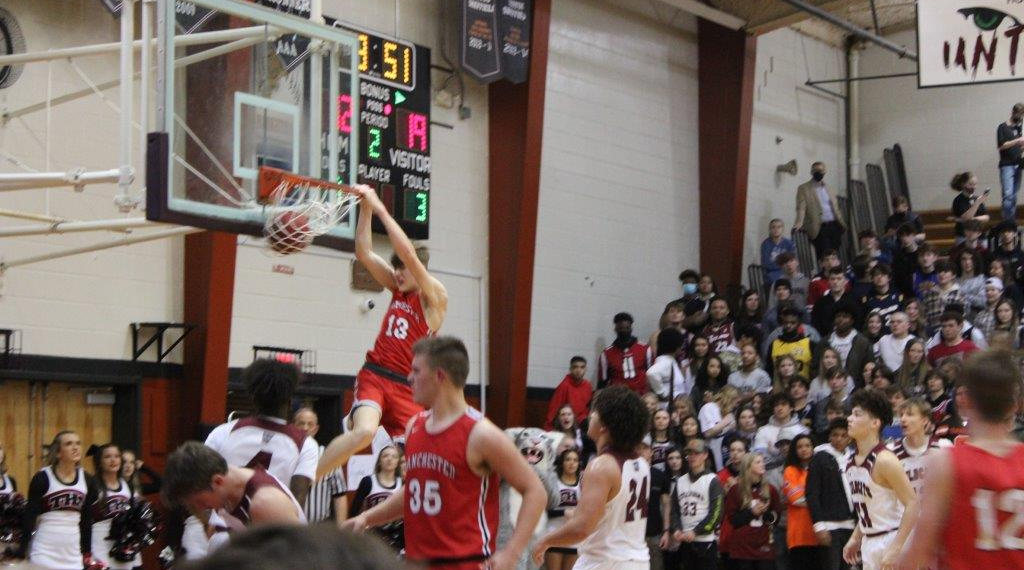 The Coffee County Red Raider basketball teams managed to sweep the Tullahoma Wildcats in the regular season with two wins on Thursday night at Tullahoma.

First in the girl’s game the Lady Raiders got off to a slow start as they did not score in the first 4 minutes of play. After that Coffee County took the roar out of the large Wildcat crowd.

After Bella Vinson hit a buzzer-beater 3 pointer to end the first half to give the Lady Raiders a double-digit lead at halftime they went on to defeat Tullahoma 47-26.

Vinson led the way in scoring with 18 points followed by Chole Gannon’s 10 and Elli Chumley’s 9.

Lucy Nutt led the Lady Cats of Tullahoma with 9 points.

Coffee County point-guard Jalie Ruehling was outstanding handling the ball in crucial points in the game and was named the Crazy Daisies Player of the Game.

The Lady Raiders won the regular season District 8-AAA championship with the win and are now 24-1 overall and finished 11-0 in district play. Their first game in the district tournament will be Friday night Feb. 19th.

After grabbing the lead in the first quarter the Coffee County Red Raiders controlled the game with solid offense and a tenacious defense to beat the Wildcats 64-43.

With the victory the Raiders finish in 2nd place in the regular season district standings.

Trenton Scrivnor and C.J. Anthony led Coffee County with 12 points each followed by Connor Shemwell and Hayden Hullett with 10 each. Phineas Rollman chipped in 7 and Kyle Farless with 6.

Krys Uselton was the leading scorer for the Wildcats with 14 points and Joe Duncan added 8.

On Saturday afternoon the Coffee County boys will play host to Gordonsville at 4 p.m. and you can hear the game on the Rooster 101.5, rooster1015.com or on The Rooster 101.5 app. Their first game in the district tournament will be Thursday Feb. 18th.