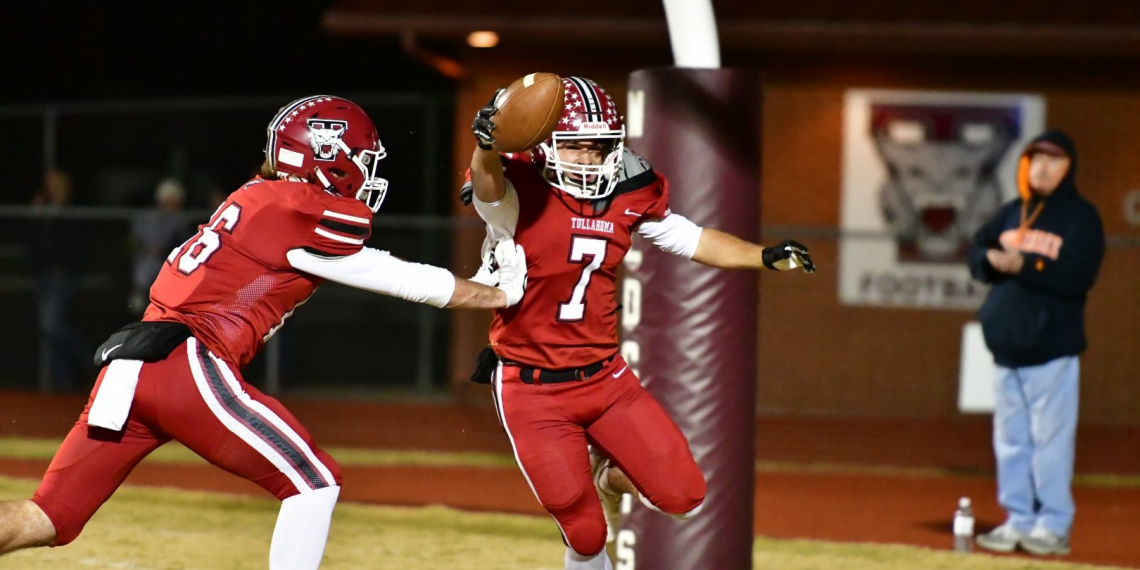 The Tullahoma Wildcats roared through their 2nd round playoff game on Friday night against visiting the Montgomery Central Indians.

Coach John Olive picked up his 200th win as the head of the Wildcat program with a 42-7 win to move to an impressive 12-0 record.

The Cats host Pearl Cohn for the second time this season on Nov. 19 at Wilkins Stadium in the quarterfinal round of the TSSAA state playoffs beginning at 7 p.m. Will Rabb and Lucky Knott will be back on the call on 93.9 The Duck, your exclusive home of radio coverage for Wildcat football.

Senior QB Ryan Scott had a big night for Tullahoma as he tossed 3 touchdowns passes. He hit Joe Duncan for 2 TD’s one from 40 yards out and the other from 39. He also connected with Brody Melton for another score.

The Cats had 2 more first half touchdowns as Keishawn Cummings had the first score of the night when he ran into the endzone from 23 yards out. Owen Stroop blocked a Montgomery Central punt at the Indian 2 yard-line and Evan Tomlin recovered the ball in the endzone for a touchdown. The final score for Tullahoma came with 1:54 left in the first half when Jaxon Sheffield ran in a score from 4 yards out.

With the score at 42-0 at halftime Coach Olive played almost all reserves in the 2nd half as the mercy-rule was enforced. The Indians managed one touchdown after 17 play drive with only 3:38 left in the game to make the final 42-7.

Ryan Scott was named the Giles Diamond Company Player of the Game for the Wildcats.