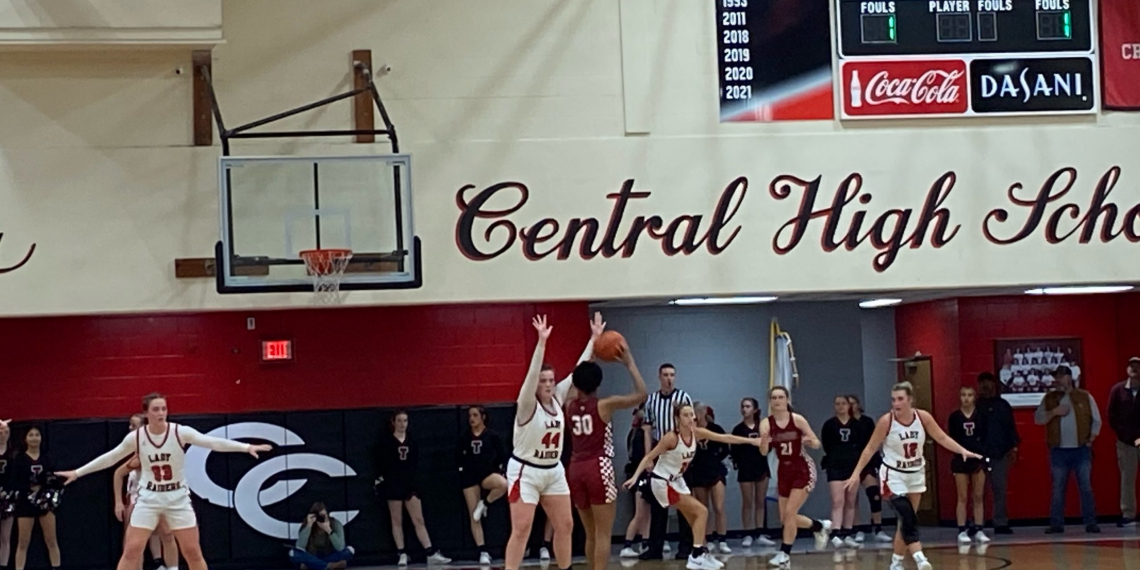 In the first of two matchups this season the Coffee County Red Raiders hosted the Tullahoma Wildcats on Friday night.

In the girl’s game it was a tight at halftime as the Lady Raiders led 21-20. In the third Coffee County extended their lead to 9 before going on to win 54-36.

Chloe Gannon used her power game to lead all scorers with 22 and earn the Sir Pizza Player of Game. Elli Chumley added 14.

For the Lady Cats Alivia Bowen was the Player of the Game as she scored 14 points.

In boy’s action it was a close game through 3 quarters as Coffee County led 35-33.

Coffee County (8-4) had 3 players in double figures: Dayne Crosslin 11, Phinehas Rollman and Conner Shemwell 10 each. Rollman was named the Player of the Game.

Tullahoma (1-6) got 17 points from Krys Uselton as he was named the Wildcat Player of the Game.

Both games were heard on The Rooster 101.5 FM and the matchup will be featured on 93.9 The Duck in February.