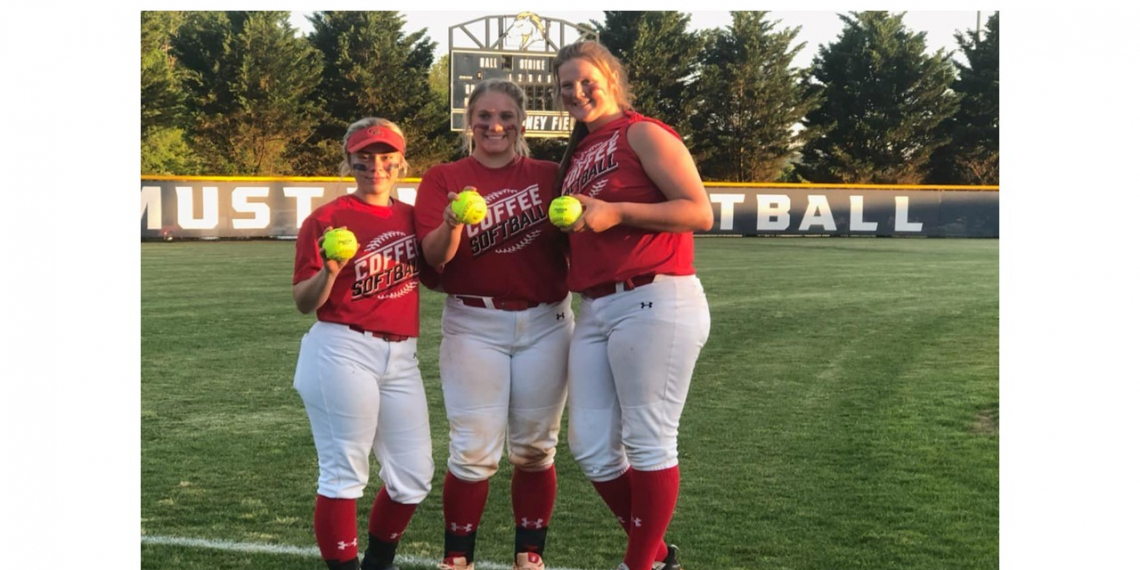 On a beautiful day for softball Coffee County’s Lady Raiders defeated the Walker Valley Mustangs 8-2 on Monday in the region semifinals in Bradley County.

The Lady Raiders went longball to beat the Mustangs, a team they lost to 14-10 during the regular season. Freshman 3B Channah Gannon got things started with a solo homer in the second inning. In the fifth Freshman catcher Jalyn Moran hit a three-run shot. In the sixth, Senior DH Jada Bowen who hit one over the fence but just foul earlier in the game got one to stay fair for a solo homer.

Junior pitcher Kaitlyn Davis also a great day at the plate and in the circle. Davis was 3-for-4 with 2 RBI and threw the complete game allowing six hits and two runs while striking out three and walking one.

Coffee County racked up 12 hits on the day. To go along with Davis’ three, Kiya Ferrell and Gannon had two hits each.

For the sixth time this season the Lady Raiders (22-14) will take on Warren County (18-7) on Wednesday night at 6 pm in McMinnville. You can hear the action once again on Rooster 101.5 FM, http://www.rooster1015.com or the Rooster 101.5 app. This game will be for the Region 3-4A championship. Both teams have already earned berths into Friday’s sectional round of the TSSAA playoffs. The winner on Wednesday winner will host the Region 4-4A runner-up. The Region 4-4A champ will host the Region 3-4A runner-up. Friday winners will compete in the TSSAA State Tournament next week in Murfreesboro.