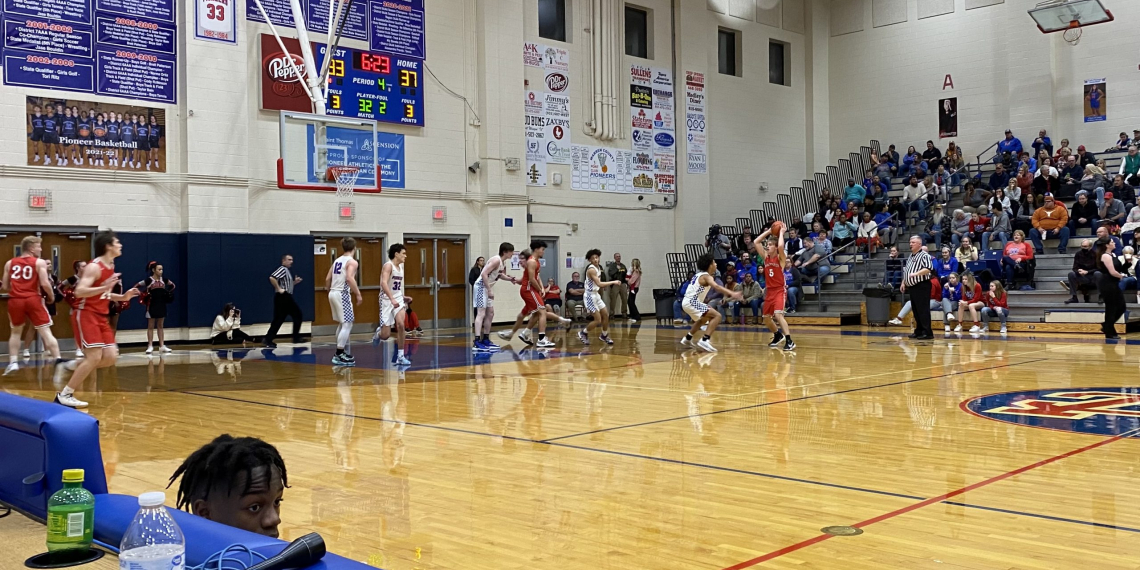 It was Senior Night for Warren County and they gave Coffee County all they wanted on Friday, but in the end Coffee County picked up two district wins.

In the girl’s game the Lady Raiders were able to get past the Lady Pioneers, 48-45. Coffee County had beaten Warren County by 14 and 25 in games earlier in the year.

With the win the Lady Raiders won their 5th straight regular season district championship (4 in District 8-AAA and now 1 in the new District 6-AAAA).

Chole Gannon led the way with 12 points and birthday girl Jalie Ruehling added 11 to go along with her outstanding defense. Ruehling was named the Sir Pizza Player of the Game.

In boys’ action the Raiders and Pioneers was a classic. The Raiders kept it close, but never led a quarter until the end.

For the second straight game Coffee County battled to push the game into overtime. The trailed 10-5 after the first, tied at 19 at halftime, trailed again after three, 37-33 and then tied the game after the fourth 43-43.

In overtime the Raiders Brady Nugent hit huge shot and Adian Abellana and Connor Shemwell hit big free-throws to lift Coffee County to the district win in front of a large crowd in McMinnville, 50-46.

Shemwell led the way with 17 and earned the Sir Pizza Player of the Game. Nugent added 11 to help the Raiders improve to 16-8 overall and 6-2 in district play.

Photo: The Red Raiders work their offense against Warren County on Friday night