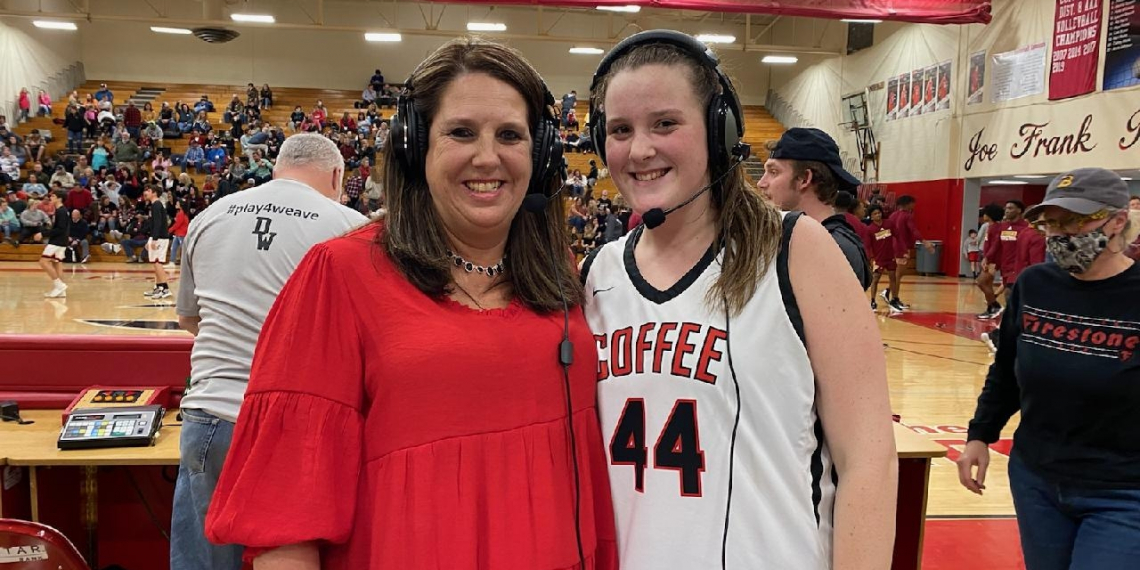 Chole Gannon and Bella Vinson combined for 39 of Coffee County’s 54 points on Monday night in the quarterfinals of the Region 4-AAA tournament.

Gannon scored 20 with Vinson adding 19 in 54-27 win over Rockvale. Gannon was named the Crazy Daisies Player of the Game.

The Lady Raiders were stingy on defense as they allowed only 11 Lady Rocket first-half points.

In their previous 2 games Coffee County had struggled at the free-throw line, but on Monday they connected on 14 of 19 from the charity stripe.