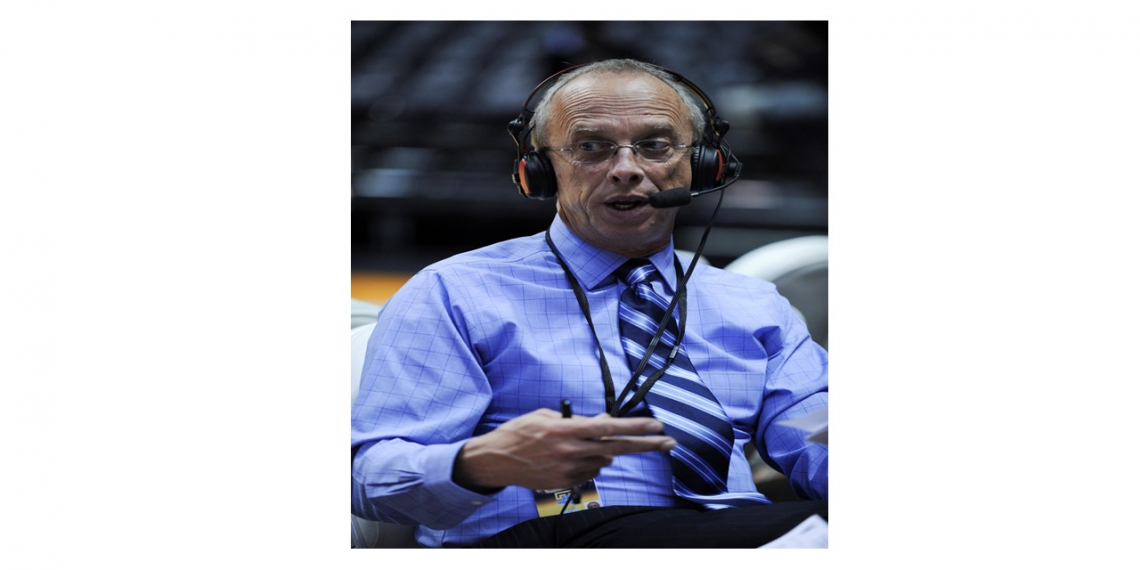 MICKEY DEARSTONE ANNOUNCES RETIREMENT AS “VOICE OF THE LADY VOLS”

Mickey Dearstone, the longtime radio play-by-play voice of the University of Tennessee Lady
Vols basketball team has announced his retirement following the conclusion of the current
2021-22 season. Dearstone has been the exclusive voice of Lady Vols basketball for the past 23
seasons and his association with the program spans 30 years and over 800 games. His crisp, vivid
descriptions, matter-of-fact delivery and humorous dry wit have made him a popular favorite
with Tennessee fans for three decades.

“When anyone asked me how long I was going to do Lady Vols basketball, I had the same
response,” said Dearstone. “I wanted to do it as long as I can without one person thinking that
maybe I stuck around too long. After missing two games last year and three this year, I decided
to turn the mic over to someone else.”
“I’m a lucky man. I have worked with three incredible coaches in Pat Summitt, Holly Warlick and
Kellie Harper. I want to thank Joan Cronan and her staff, Edwin Huster, Steve Early and Glenn
Thackston for allowing me to do it my way. It’s the only way I know how. I will always cherish
the hundreds of friendships I have made with administrators, coaches, players and especially
Lady Vols fans everywhere.”
Dearstone called his first Lady Vols basketball game back in 1991, filling in when then Lady Vols


play-by-play announcer Bob Kesling had regional TV broadcasting conflicts. He substituted part
time in the role for eight years, doing more games in later years. When Kesling was named UT’s
director of athletic broadcasting and assumed radio play-by-play duties for UT football and
men’s basketball in 1999, Dearstone took over the Lady Vols position fulltime.
During his time as the “Voice of the Lady Vols”, Dearstone was a part of five Lady Vols NCAA
national championships (1996, 1997, 1998, 2007 and 2008), 10 Final Fours, 17 Elite Eights, 25
NCAA Tournaments, 12 SEC regular season championships and 11 SEC Tournament
championships. During his career, the Lady Vol Radio Network grew from just a few local area
radio stations to over 20 across the state, becoming the largest women’s collegiate basketball
network in the country.

“When you hear the voice of Mickey Dearstone you immediately think of Lady Vols basketball,”
said Steve Early, General Manager of Learfield / Vol Network. “His voice is synonymous with
championships and great moments in our history.”

“Mickey’s retirement signals the end of an era for Lady Vols listeners everywhere and his
contributions to the University of Tennessee will forever be appreciated. Mickey is an original
and a true radio personality who brought both passion and professionalism to every game he
broadcast…And combining both of those great qualities into one play-by-play voice is not the
easiest thing to do,” said Early.

Dearstone was also the original radio voice of Tennessee softball and served in that role from
2005 to 2012 calling five College World Series appearances including a runner-up national finish
in 2007. In addition to his radio duties, he has also served as the television host of the Pat
Summitt, Holly Warlick and Kellie Harper TV Shows.

A native of Greeneville, Dearstone was a longtime popular on-air personality at WIVK and then
WNML radio stations in Knoxville. He worked for the Cumulus Media group in Knoxville for 36
years including a long stint as the program director and drive-time, morning show host on
WNML.

Dearstone is a 2021 inductee into the Greater Knoxville Sports Hall of Fame. He is also an
honorary member of the UT Athletics Letterman’s T Club for his years of service to University of
Tennessee athletics. A standout baseball player as a youth, he was a member of the Atlanta
Braves farm system, playing for the Kingsport Braves, before launching his radio career.
Fans will have the opportunity to show their appreciation for Dearstone at the LSU vs.
Tennessee basketball game on Sunday, February 27 as the University of Tennessee will honor
him in pregame festivities.