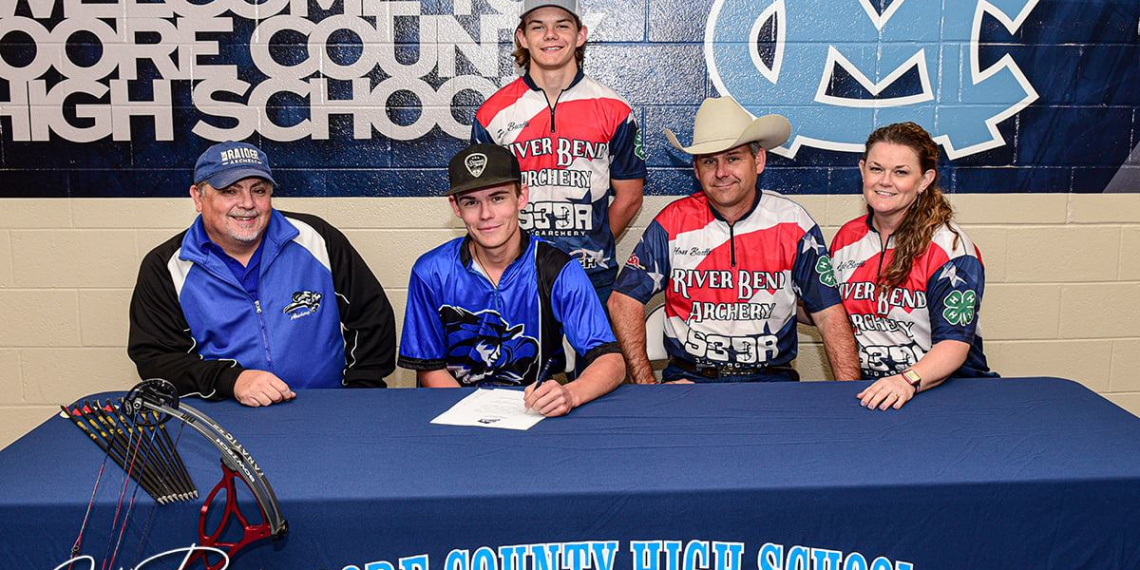 On Monday Moore County Blue Raider Wyatt Burtts signed his letter of intent to continue his education and compete at the next level in Archery for the Blue Raiders of Lindsey Wilson College. Burtts father says that Wyatt has been on the Blue Raiders Radar for quite some time now.

Wyatt and his family have received a very warm welcome from the Blue Raiders coaching staff and have worked very diligently to recruit Burtts. Wyatt was offered a full scholarship after improving his ACT score to combine his athletic scholarship along with academic scholarships. Wyatt Burtts plans to Major in Mechanical Engineering while attending Lindsey Wilson College.