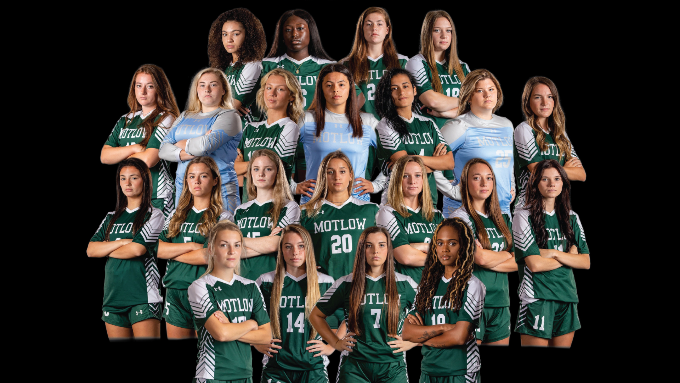 Dominating their two opponents by a combined 18-2 score, the Motlow Lady Bucks (12-2-1) won the TCCAA/Region VII Tournament championship and qualified for the Southeast District Championship game, and an opportunity to advance to the NJCAA national tournament.

Motlow routed Dyersburg State 12-0 in the tournament’s opening round, then beat Columbia State 6-2 in the championship game to win their second TCCAA tournament in only four years of competition. The tournament was held at Franklin County High School in Winchester. Motlow also won the regular season TCCAA by winning all five conference games by a combined 21-0 score.

“I couldn’t be happier for this team because I know how hard they work,” said Andy Lyon, Motlow head coach who started the program from scratch five years ago. “They play unselfishly and for each other. We get along well on the pitch and in the locker room. They’re just a pleasure to coach.”

Motlow will travel Thursday, Nov. 4, to South Georgia State College (12-1-1) in Douglas, GA and take on the Hawks at 1 p.m. CDT for the Southeast District Championship. The winner earns a bid to the NJCAA national championship at Daytona State College in Florida Nov. 15-20. South Georgia State is ranked #20 in the NJCAA national poll, while Motlow is listed in the Top 25. The Lady Bucks are ranked #11 in the United Soccer Coaches weekly rankings.

The Lady Bucks took home multiple awards in addition to the region tournament championship trophy. Lyon was named TCCAA Coach of the Year for the third time in the four-year history of the conference women’s soccer program.