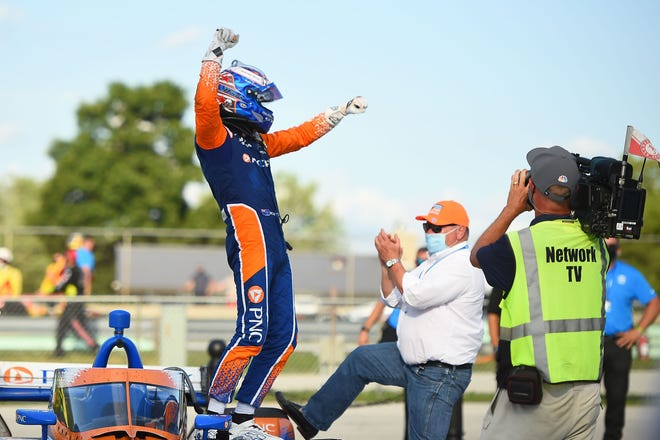 IndyCar driver Scott Dixon made it three in a row to begin the 2020 season at the REV Group Grand Prix in Elkhart Wisconsin’s Road America on Saturday, the first of a doubleheader which will continue with the second race on Sunday.

The five-time series champion survived three restarts and held off Will Power by 2.5386 at Road America.. The Chip Ganassi Racing Honda driver benefited from a stall by runaway leader Josef Newgarden mid-race and then got around Will Power – Newgarden’s Penske Racing teammate – on the final stop to lead 16 of 55 laps on the rolling 4.014-mile circuit. Only AJ Foyt with 7 straight wins to start the season and Bobby Rahal with 4 are ahead of Dixon, who is tied with three other drivers for third place.

Local baseball action continues in Manchester and Tullahoma this week