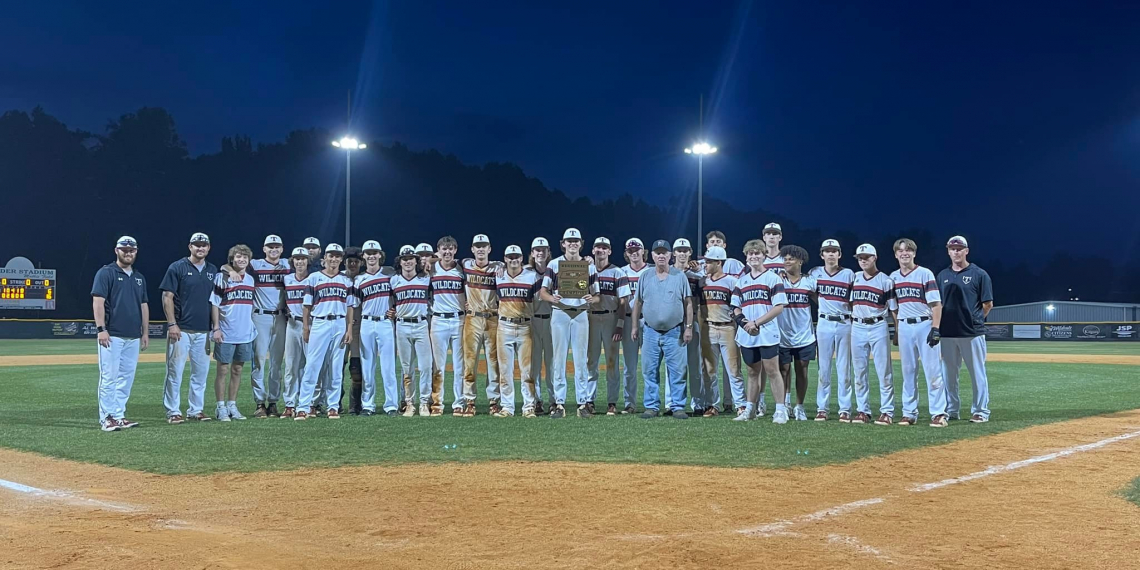 Tullahoma baseball rallied from down 5-2 to run rule Upperman 16-6 and claim their first region title since 2005.

In a battle of the District 7 and 8-3A tournament champions the Bees of Upperman cashed in a Wildcats error to take a 1-0 lead in the top of the first.

Tullahoma answered with two in the bottom of the second to take a 2-1 lead as Evan Tomlin scored on an RBI single by Ashton Dodd and Colton Emory stole home as Upperman tried to pick off Dodd stealing second.

Two Wildcat errors as well as two hit batters and a walk allowed Upperman to counter with four runs in the top of the third to pull ahead 5-2.

From there it was all Tullahoma as the Cats offense exploded for six runs in the bottom of the third to take an 8-5 lead as Ragan and Evan Tomlin each hit RBI triples (Ragan’s scored two for Tullahoma) and Colton Emory collected an RBI double and DJ Dillehay plated a run with a Sac Fly as well.

The Wildcats closed the night early as they hung eight more on the board in the bottom of the fifth, highlighted by a Ragan Tomlin Grand Slam down the Grider Stadium right field line.

Tomlin finished the night 3-4 with six RBI and two runs scored and was named the On Target Marketing player of the game.

Tullahoma will host South Doyle Friday in the State Sectional at 6:00 p.m. at Grider Stadium.

93.9 The Duck will once again bring you all the action Friday starting at 5:50 PM.