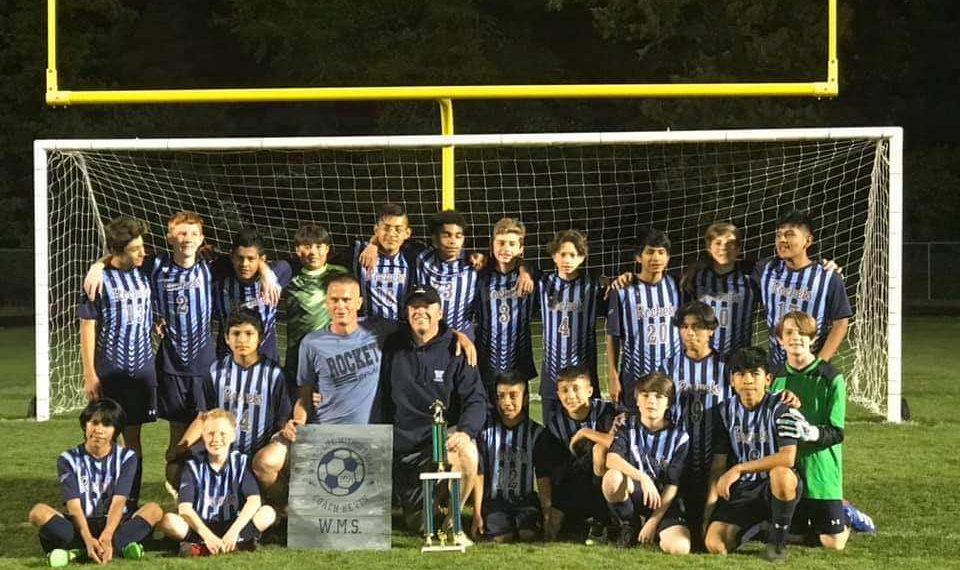 They started the season with some unknown since they lost 9 starters from last year’s team that went 7-0-0 before covid ended their season.

Only 7 of this year’s Varsity players had experience playing on the Varsity level.

Westwood started off with a full schedule but some teams they were scheduled to play canceled and was unable to make up the games.

Then in the playoffs Westwood got a first round bye and got to host the tournament.

Westwood hosted Webb in the semi-finals and mercy ruled them 1 minute into the second half 9-0. Then beat Cascade in the championship 3-0.

Overall all we scored 47 goals and had 4 scored against us in Overall play.

Only 1 player who played any Varsity time didnt score, but he led the defense with amazing play all season, Hayden Delgado.

In the last two seasons under Coach Kevin Smith and Pete Dewolfe Westwood has 17 wins, 0 ties and 1 loss.

Also, the team was taken to the Nashville SC game by their parents and coaches last Sunday as a celebration of the championship.