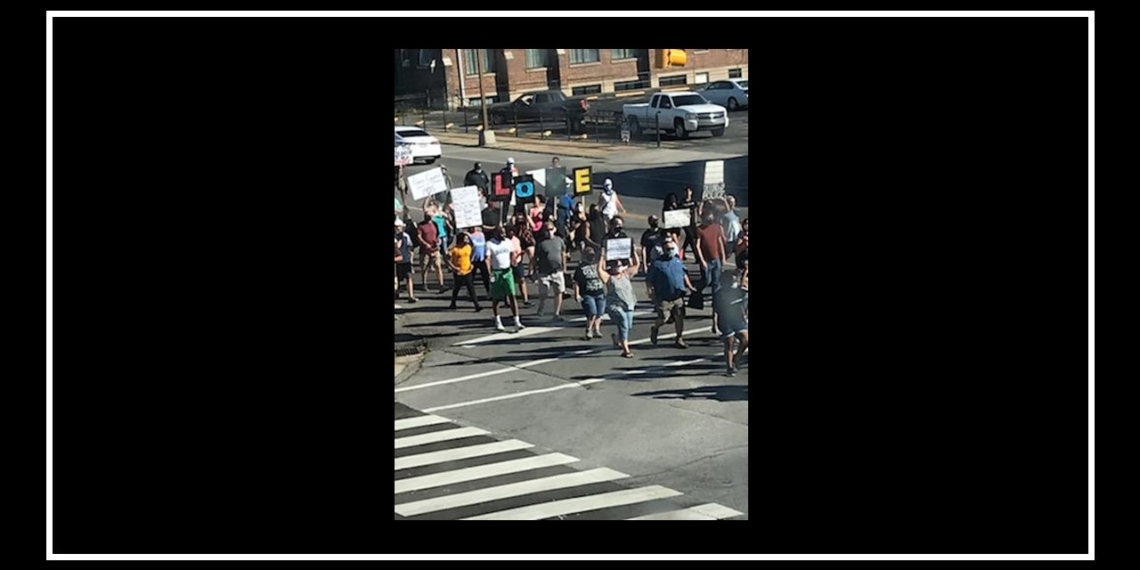 Hundreds of people attended a peaceful march/rally, “We Will Breathe” held Saturday in Tullahoma. The group did 8 minutes and 46 seconds of silence in honor of George Floyd. This was the amount of time former Minneapolis police officer Derek Chauvin was filmed kneeling on the back of Floyd’s neck before he died.

Around at 5:00 pm, the large group marched north from the CD Stamps Center to Tullahoma City Hall and back to CD Stamps along Jackson Street. Tullahoma Police and Fire escorted the march.

One person in attendance told On Target News that other parts of America need to take notes from Tullahoma on how to conduct a peaceful rally and march.