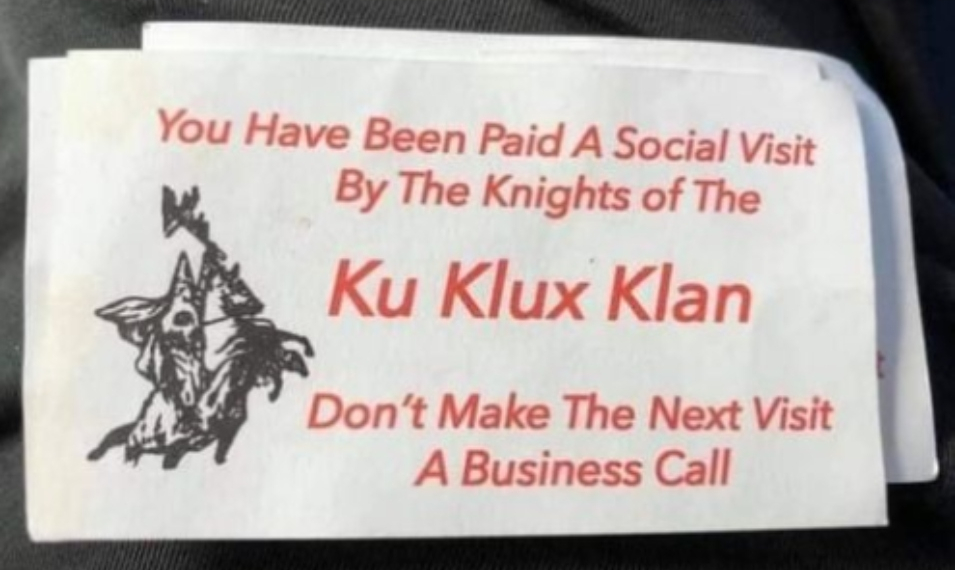 In a report in Newsweek, cards describing a “social visit” from the Ku Klux Klan were left recently at the homes of Joe Biden supporters in Shelbyville.

A female resident from Shelbyville, described to WSMV-TV how she noticed that a sign showing support for Biden in her neighbor’s yard had been disturbed.

She said the yard was littered with around 20 cards, reportedly belonging to the KKK.

The Biden-Harris yard sign, which also had tire marks indicating it had been run over.

Another woman told WSMV that the same cards were left at her home and that her Biden-Harris sign had been stolen.

Shelbyville Police confirm that both Biden and Donald Trump signs have been targeted in the area and that KKK material previously appeared in the city in 2016.