Still Time to Respond to 2020 Census

In fact, with door-to-door enumerators delayed due to the COVID-19 pandemic, this gives you more time to self-respond to the 2020 Census. If you self-respond, you will not be visited by Census workers later in the summer attempting to gather information.

You can self-respond to the Census by calling 1-800-354-7271. You can also respond online at my2020census.gov or by filling out the questionnaire you should have received in the mail. You do not need to complete all three methods – simply choose one to complete your Census and be counted.

“We need all of our citizens to take time and fill in their Census – whether they do that online, over the phone or through the mail,” explained Manchester Mayor Lonnie Norman. “We want to have the best self-response rate in the State, that should be our goal here. There are a lot of federal dollars attached to Census data. I’m glad to see our citizens our off to a very good start.”

According to the U.S. Census Bureau, about $675 billion in federal money will be distributed based on the census data compiled, meaning ensuring a complete count in Coffee County is a top priority for local officials. One separate study shows that for every person that goes uncounted in the Census, Coffee County will miss out on about $11,000 in federal money allocation over the next 10 years.

As of Thursday, all Census tracts in Coffee County have at least a 51% response rate, with one area as high as 69 percent. 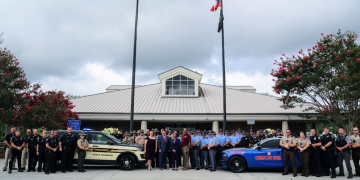