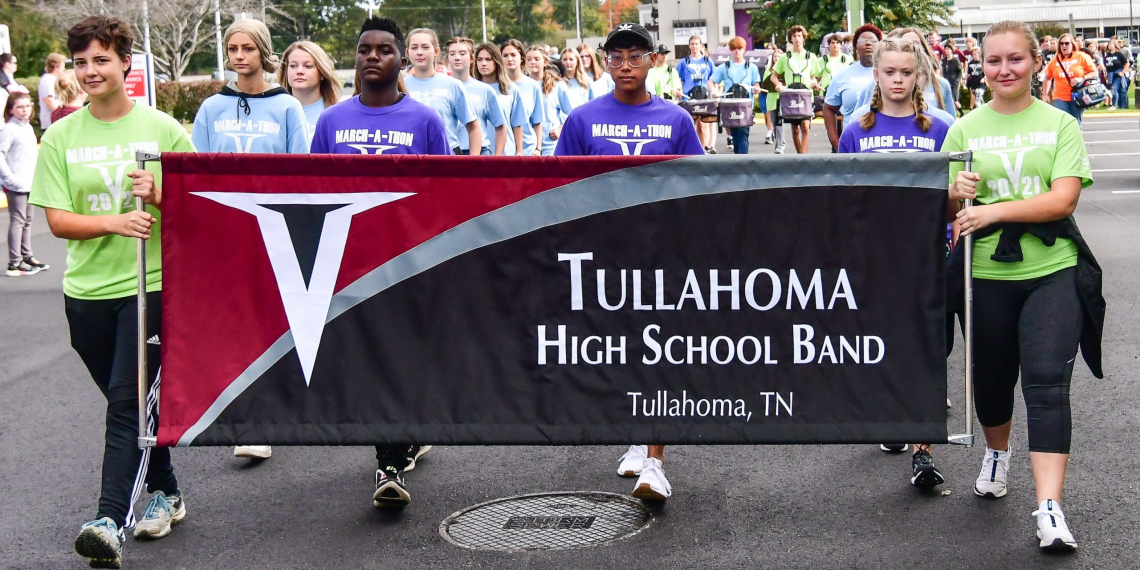 “Tullahoma students hold a majority of the seats in the four high school Mid-State ensembles,” said THS co-director Justin Scott. “This shows how well our amazing students compared to the other Middle Tennessee band programs. I’m beyond proud of all of our band members.”

Tullahoma members occupy seven percent of the total seats available in the Mid-State Ensembles, the most out of any school in the Middle Tennessee area.

“The results from the mid-state auditions truly show the greatness of our Tullahoma High School band program,” said TCS Director of Schools, Dr. Catherine Stephens. “These recent honors are not only a credit to each member but their directors, Lisa Burden and Justin Scott, not to mention the work of our middle school directors who play a role in preparing these students along the way. I congratulate the Tullahoma High School band and our band program as a whole for these amazing achievements.”

Following the mid-state auditions, those selected Tullahoma members will next travel to MTSU in January to participate in a three-day clinic and work with conductors from around the country. On Saturday, Jan. 8, the clinic will conclude with a finale concert at Tucker Theater on the campus of MTSU.

The seven Tullahoma band members who received All-State honors will travel to the Gaylord Opryland Resort to participate in a four-day event that concludes with a concert. The All-State Weekend will take place on April 27-30.