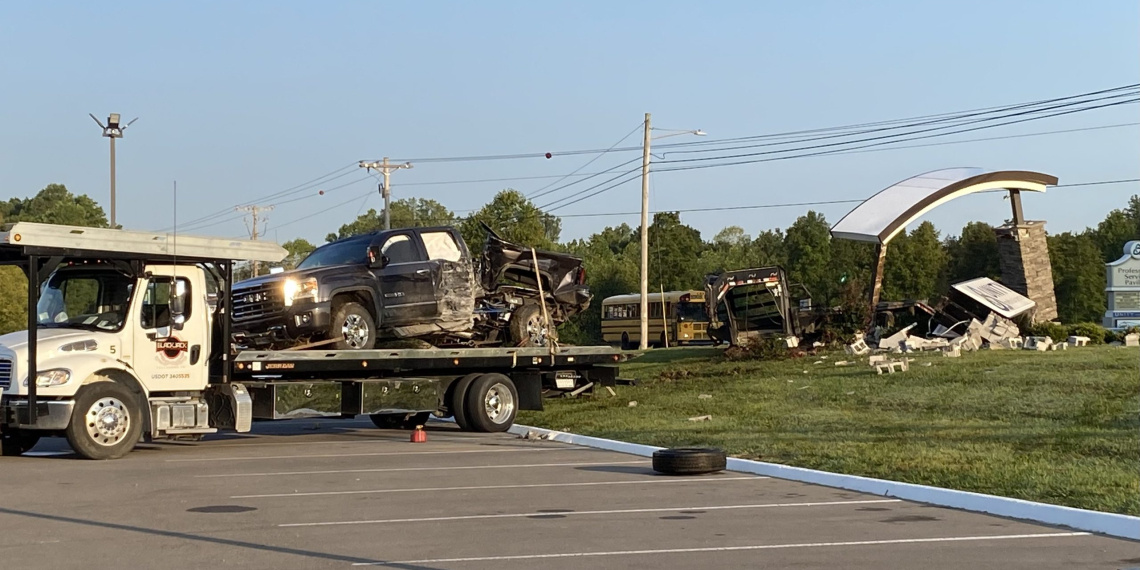 A violent crash took place on Thursday morning around 4:30 AM on Interstate Drive in Manchester.

According to Manchester Police, the male driver of a king cab pickup hauling a long utility trailer (approximately 20 feet in length) went off the roadway. The truck traveled through the deep ditch in front of Unity Medical Center and collided with their large sign.

The sign, held by brick supports suffered heavy damage and the truck was a total loss.

The reporting officer stated that no alcohol was detected and the driver in his mid 20’s refused treatment, saying he (name not released) was not injured.