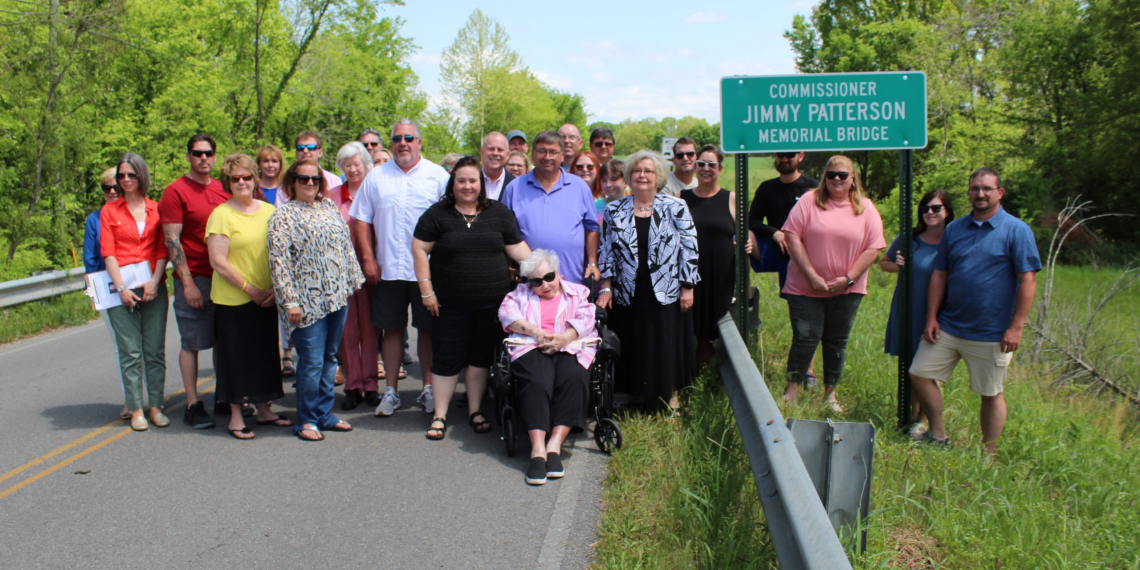 A bridge on Unionville Deason Road was dedicated Sunday to the memory of Jimmy Patterson, who served for more than 13 years on Bedford County Board of Commissioners.

“He had a servant heart,” said County Mayor Chad Graham, who spoke of Patterson’s drive and initiative in matters of importance to his constituents.

Patterson died in September 2020. During his commission service, he had been a member of the Rules and Legislative Committee and the Financial Management Committee. He also served on the Emergency Communications District board, the Bedford County Medical Center board, the Tennessee College of Applied Technology-Shelbyville advisory board.

Pattterson served for 8 years in the U.S. Marine Corps.

Patterson was retired from Cooper Steel. Graham noted that earlier, he had worked for Nashville Bridge Company and had a lifelong interest in covered bridges, so it was appropriate that a bridge be named in his honor.

Jason Sanders, who was appointed to Patterson’s seat after his death, said Patterson’s were big shoes to fill.

Top photo from Bedford County Government: Friends, family and colleagues gather at the unveiling of the memorial sign