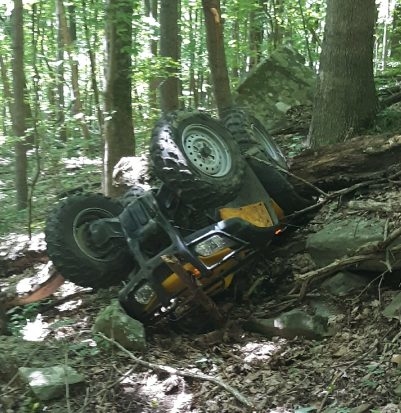 Grundy County Sheriff Clint Shrum has confirmed that there was a recreational ATV fatality off North Campbell Road in Altamont on Saturday.

The victim was Connie Sue Kassner, 56, from Brasstown, North Carolina.

According to GCSO, Kassner and another family member were riding separate ATVs in the Bluemont area. Witnesses stated that she was not experienced with off-road vehicles and was following a family member who came to a stop. As she approached, she apparently could not slow down and evidently attempted to avoid the stopped ATV. Kassner’s vehicle ended up falling off an elevation resulting in her death.